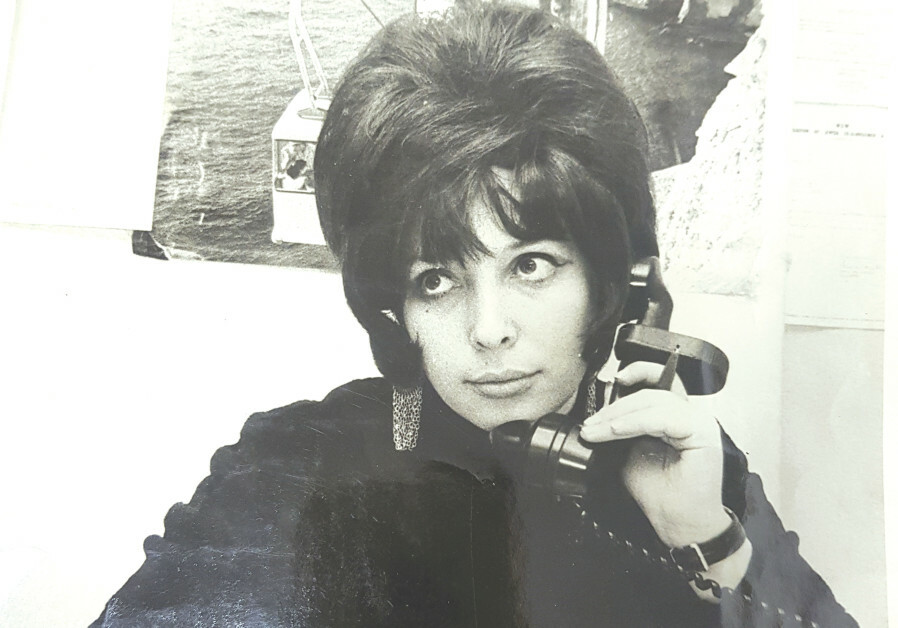 It was the fourth day of the Yom Kippur War. In Jerusalem, scores of journalists representing foreign media gathered daily at the Government Press Office, which was then located in Hillel Street at Beit Agron (named for Gershon Agron, the founder of The Jerusalem Post), to exchange information, have their stories censored at the IDF Spokesperson’s Unit – which was in the same building – and to file their stories by phone or teleprinter.

Laptops and mobile phones were not yet the tools of trade.

I had not been in the country for six months when war broke out. I was spending Yom Kippur with a friend who lived in the center of town, a three-minute walk from Beit Agron, but had no idea on Kol Nidre night what the next day would bring and how frequently I would be at Beit Agron in coming weeks.

Two British journalists were frustrated by the fact that they could not hire a camouflaged car in Jerusalem and would have to go to Lod to do so.

Their budgets didn’t stretch for hiring a car for more than a day, and they were looking for partners. Eva, a Dutch journalist, and I agreed to join them. After getting to Lod and hiring a suitable car, we headed for Bir Gifgafa, a former Egyptian Airbase in the Sinai that had been captured by Israel during the 1967 Six Day War and renamed Rephidim. But many people still referred to it as Bir Gifgafa.

At the time, it was the furthest Israeli military base on the southern front.

As we drove, the roads on both sides were lined with reserve duty soldiers thumbing rides to their bases.

As a graduate of a Jewish day school, I was the only one of the four of us in the car who could put together a sentence in Hebrew.

Leaning out of the window, I kept shouting: “Who’s going to Bir Gifgafa?”

Finally, we came across a soldier who was headed there.

Once in the car, he wanted to know who we were.

We told him we were journalists covering the war.

“Do you have permission to go to Bir Gifgafa?” he asked.

Actually, we didn’t, and we told him so.

He proved to be a quick thinker.

Whenever we approached military police along the route, he jumped out telling them that he was escorting a group of journalists to Bir Gifgafa, and we were waved through.

WAR WAS alien to me. Of course, I knew about World War II, and that many of my relatives on both sides had been lost in the Holocaust, mostly in Treblinka and Auschwitz. I had seen war films, but I was born and raised in Australia, which had sent soldiers to fight in various wars on foreign soil but had never fought a war on its own territory.

Military terms were unfamiliar to me, and I didn’t have a clue about what to ask, but I was reporting for American and Australian newspapers, whose editors all expected stories from the front lines.

As we entered the base, I chanced upon a military doctor, a fellow Australian, whom I knew. Not one to mince words, he said that there had been a very bloody battle with many casualties and many more injured.

When I queried in my ignorance what to ask the soldiers, he told me not to worry. The soldiers would be eager to talk to journalists and would initiate conversations themselves.

The two British journalists went in one direction and Eva and I in another.

My physician friend has been correct in his assessment. We were immediately surrounded, but the soldiers didn’t tell us stories. We were their means of getting messages back to their families and girlfriends.

We scribbled down names, addresses, phone numbers and brief messages. One soldier who had been scheduled to get married in October, but had his wedding plans disrupted by the war, wanted to assure his fiancée that they would tie the knot as soon as he got home. Someone else wanted his mother to know that he was OK and that she shouldn’t worry. Another soldier wanted to send kisses to his wife and children. Similar requests kept coming from all over and Eva and I were frantically jotting them down.

By the time our notebooks were almost full, the British journalists had collected sufficient material for the stories they wanted to file and were anxious to get to the nearest public phone many kilometers away to file their stories – a factor which in itself was illegal because all stories had to first be submitted to the censor.

“Come on girls, hurry up,” they urged.

We pleaded for more time, because there were still soldiers who wanted to relay messages, and we hadn’t managed to get them yet.

The two British men were angry.

“What are you, journalists or social workers?” one of them asked.

Looking up at him in shocked surprise at such a display of inhumanity, my reply was hardly professional, but definitely heartfelt.

It was well past midnight by the time we returned to Jerusalem. Knowing that we risked being arrested for having cheated our way to an important military base, Eva and I decided that it didn’t matter to what extent we would be penalized – so long as we could deliver the messages.

We went to the military censor’s office, explained where we’d been and what we’d done and asked for help in making phone calls. A couple of soldiers were assigned to the task. Other than being mildly reprimanded, Eva and I were not punished, and instead were made to feel as if we had made a contribution to the welfare of the nation.

COVERING THE rest of the war, north and south, was much tougher.

Among the foreign press was another British journalist who knew the Bible off by heart. He never had to submit anything to the censor, because he never wrote anything. He would simply call his office, name a book of the Bible, plus chapter and verse, and back in London they would compare it with wire service reports and put together the story under his byline. He was always spot on.

A few days later, I was on my way to the northern border with a Canadian Radio journalist whose cumbersome tape recorder was placed on the front seat between us in the car. Every now and again he would turn it on and continue talking as if he was giving an ongoing live broadcast. As we neared the Syrian border, we were strafed by a low flying plane and the ground literally opened up in front of us. My colleague who had been taping, did not miss a beat. “I don’t think we’ll be able to take the next bend,” he said, as he allowed his future listeners to hear the terrifying background noise.

An expert driver, he was able to weave his way around the deep hole in the road. A few kilometers ahead, we came across a burned-out Syrian tank and the charred remains of the soldier who had manned it. There were dead bodies of Syrian soldiers nearby. The stench was unbearable. Each was a mother’s son, someone’s husband, boyfriend or brother. Had I eaten anything that day, I would have surely thrown up.

Like several other journalists, I was working in three different time zones – Israel, Australia and America. Phoning through a story to Australia, I failed to look at the clock. My editor, roused from sleep, was somewhat angry.

“Do you know that it’s 3 o’clock in the morning?” he shouted.