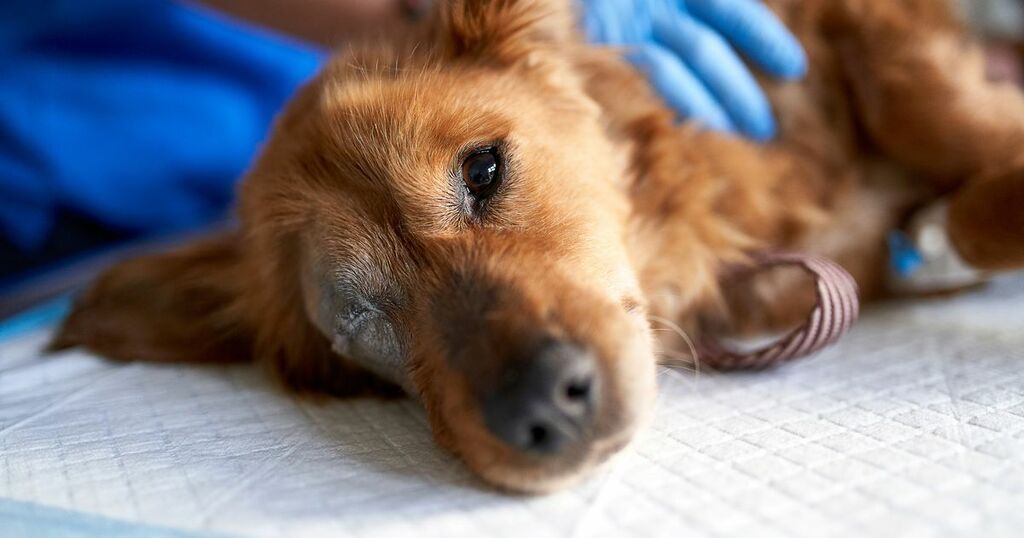 A devastated vet has shared a message about the day he was asked to put down five 'perfectly healthy' dogs in just one day.

Wishing to stay anonymous, they had been wanting to share the post for quite some time but claimed to not being 'brave enough' until now.

After seeing others do similar statements on social media they finally worked up the courage and shared their plea on Facebook, reports Mirror Online.

The vet explained that euthanising a dog is not an uncommon task required of their profession and and those in the job are aware that it is something they will eventually have to do.

However, one day, this vet needed to put down five pets they say were not sick, injured or even old.

Instead, they blamed humans and stated the issue of overpopulation is becoming a major problem.

"They were perfect, healthy and normal dogs.

"There was no reason for them to lose their lives today other than that they were failed by humans because of the current overpopulation crisis of domestic animals particularly dogs that so few people are prepared to accept and try to understand."

The vet elaborated adding that it was a tricky subject to tackle because they don't want to risk animal shelters losing 'important' funding.

In further detail, the vet explained: "The dogs that I put down today were so excited to see me.

"How lucky they were to have someone in their kennel giving them attention and maybe just maybe they'd even be so lucky as to be taken out for a walk - their tails were wagging and everyone was jumping for joy."

When the vet is asked to perform this horrendous task, they claim to have tried everything to make it easier, including letting the dogs stay in their kennels, or "doing it on the grass outside so that the dogs can walk for a bit to experience one last bit of freedom and fresh air."

Explaining the overpopulation crisis of domestic animals, the vet said many animal welfare organisations and some shelters have no choice but to euthanise dogs when they simply run out of space.

On the day of writing, they had decided to put the dogs down in their kennels after choosing to sedate them so 'that they are sleeping when their lives end and not wagging their tails looking' at the vet.

"In their final moments I tell each of them that I am sorry and for those who leave behind friends, puppies or siblings I promise them that I will take care of them and do my very best to find them homes or see that they are cared for properly.

"These are trivial words compared to what I should be saying to them but it’s hard to give them the apology they so deserve in the short time it takes for the life to leave their little bodies."

The unnamed vet wished they could tell them how sorry they were that the dogs never got to experience life with a loving family.

They added: "I’m so sorry that they were born into a world that didn’t have space for them and so many others.

"I’m sorry that for months or for some of them nearly a year countless people walked past their cage and decided not to choose them or to leave and rather choose to buy a puppy somewhere else instead."

The vet said they have tried hard to find loving homes for as many of the abandoned pets as possible - and admits they have adopted eight dogs themselves.

But the vet claims the overpopulation crisis means all of this extra work still isn't enough - and puts out a plea to all who care for animals.

They ask people to volunteer at their local animal shelter, donate where they can towards sterilisation programs and, crucially, to adopt rather than shop.

The vet wrote: "I do hope that in my lifetime I could live in a world where no healthy animal is euthanised due to lack of space, lack of homes or lack of resources available.

"I’m not sure if I will ever get to see that be a reality but I think we all know by now that I will never give up trying."