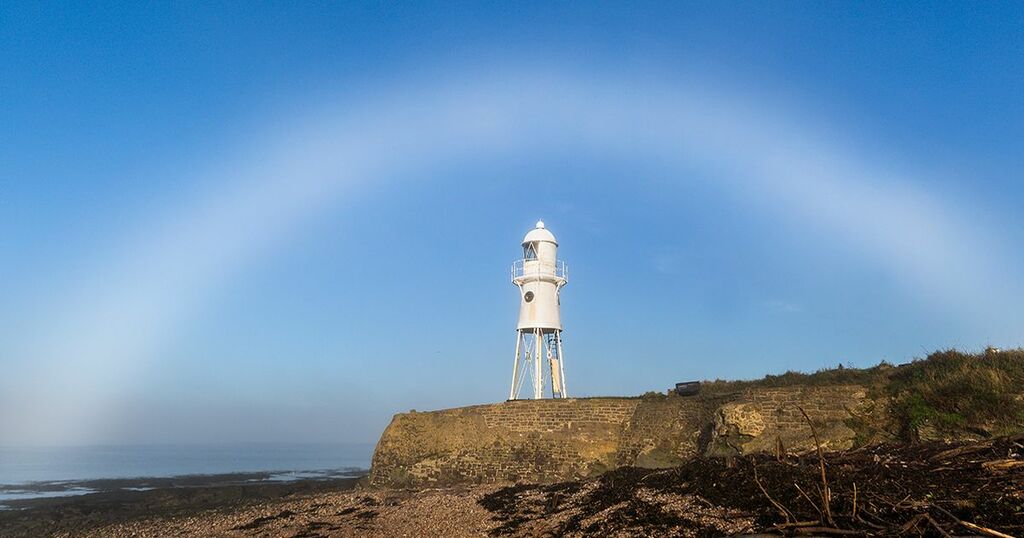 A very rare phenomenon was spotted in the Bristol region today amid the foggy weather and freezing conditions this morning.

An architectural and interior photographer was snapping a house in Portishead today when he spotted a 'fogbow', which, unlike a rainbow, shows a white bow shape through the fog.

It is an extremely rare weather phenomenon that is not often spotted or photographed.

Amid the icy-cold conditions today, photographer Leighton James, 31, was on a job in Portishead when he spotted the fogbow stretching from the Severn all the way over to Portishead.

He told Bristol Live: "I'm an architectural and interiors photographer based in Bristol and was photographing a house on the coastline of Portishead when I spotted this so had to grab a picture!

"It appeared to start in the River Severn and stretched all the way across to Portishead - the lighthouse shown is Black Nore lighthouse."

The Black Nore lighthouse is a cast-iron skeletal tower in Portishead, built in 2994. It was built in 2894 and is a Grade II listed building, but it was decommissioned in 2010 and sold to a trust for preservation.

According to the Met Office, fogbows are created by the same process of refraction and reflection that creates rainbows, but form instead by the water droplets in fog, mist or cloud, rather than raindrops.

These water droplets are much smaller than raindrops, nearly always less than 0.1mm in diameter.

Due to the small water droplets, fogbows appear mostly white, with a red outer edge and blue inner edge.

The fog bank has to be relatively diffused and thin to allow the light to pass through the droplets and create the effect. Fogbows are large, almost as big as rainbows.

A similar effect can also be seen from aircraft in cloud droplets, when they're known as cloud bows.