Vaccine rate for people with disability at about 50% in some regional areas, leaked data reveals 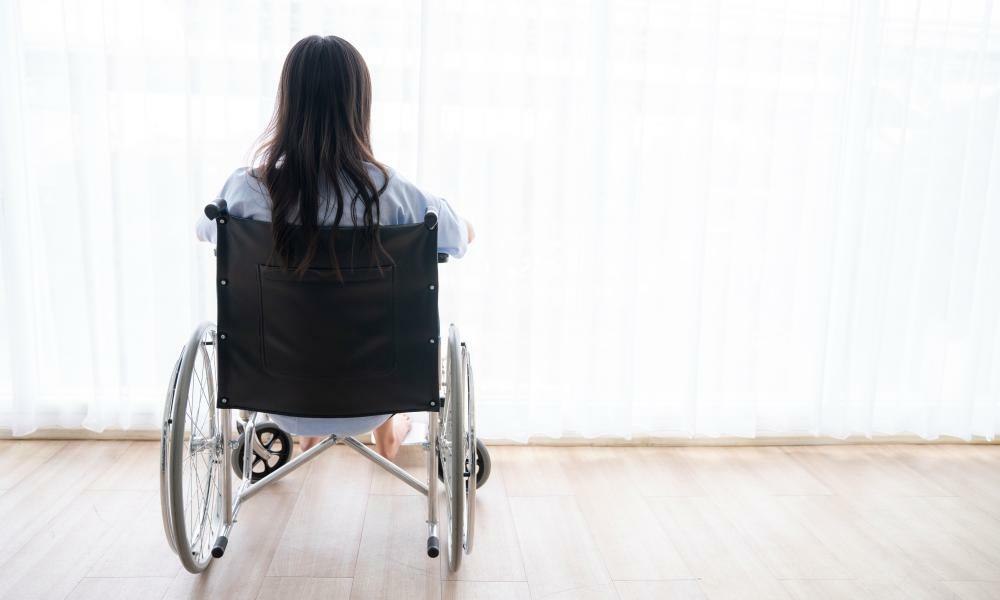 Double-dose vaccination rates among people with disability may be as low as 50% in some regional and remote local government areas, according to leaked federal Department of Health data.

It comes as new figures, which have not been released publicly but have been obtained by Guardian Australia, reveal 20% of the approximately 25,000 people living in disability group homes have received a booster shot of Covid-19 vaccine.

That cohort was initially included in phase 1a of the vaccine rollout along with the aged care sector but then “de-prioritised”, according to a royal commission report.

It also provides the first insight into vaccination rates by disability, confirming people with intellectual disability, psychosocial disability and autism were less likely to be vaccinated at the time the figures were extracted on 5 December.

Nationally, the latest figures from 9 January show 83.4% of all national disability insurance scheme participants had been double-dose vaccinated. However, the leaked document indicates that while vaccination rates are very high in New South Wales and Victoria, the Department of Health has identified several local government areas of concern where rates among NDIS participants and disability pensioners are much lower.

Double-dose rates will have improved since the data was collated but how much is unclear.

The data is particularly stark in Queensland, where Covid cases have soared in recent weeks, and Western Australia, which has embraced a fortress approach to border policy that has so far kept cases low. The WA border is slated to open on 5 February, a move that will likely usher in significant community transmission.

Among disability support pensioners (DSP), some of whom will be on the NDIS, local government areas with rates below 60% at 5 December included:

The data suggests that despite priority access given to NDIS participants in group homes, and then people with disability more broadly, some individuals identified as vulnerable in the vaccine rollout have fallen through the cracks.

A source with knowledge of the data said it showed “people with disability are in trouble, especially in states with geographic and distance challenges, like Queensland and WA”.

“Lower vaccination rates in regional and remote Australia is also a concern for Aboriginal and Torres Strait Islander communities, who are many times more likely to experience chronic disease or disability,” the source said.

“Regional Australia does not have health or other essential infrastructure to match that of the cities.”

The document also indicates that authorities are aware people with particular disabilities remain unprotected, particularly in WA and Queensland.

Among the 8,000 autistic people on the NDIS in Queensland, only 66% were double-dose vaccinated, according to the leaked figures. The state’s overall vaccination rate at the time was 78.7%. For those with a psychosocial disability, the figure was 69.1%, while it was 67.6% for those with a spinal injury.

Vaccination rates were between 80-95% across disability cohorts in NSW and Victoria.

The Department of Health document noted: “Consistent with previous reports, [people with disability] lag the general population rates, but there are high coverage rates among PWD in the ACT, NSW and VIC, i.e. where there have been outbreaks.”

This week, the government rebuffed requests from Guardian Australia to release data showing booster vaccination rates for people with disability. On Friday, a spokesperson said “data on booster doses within these cohorts is not currently available”.

However, Guardian Australia has obtained the data, which was provided to disability groups in a private meeting with the Department of Health this week.

The figures refer to the proportion of each cohort who’ve gotten a booster, rather than those eligible for a booster.

The Department of Health did not provide a response to questions on the leaked document, despite repeated requests from Guardian Australia.

On boosters, the spokesperson said: “The commonwealth booster in-reach program for people with disability in residential accommodation settings commenced on Monday 8 November.