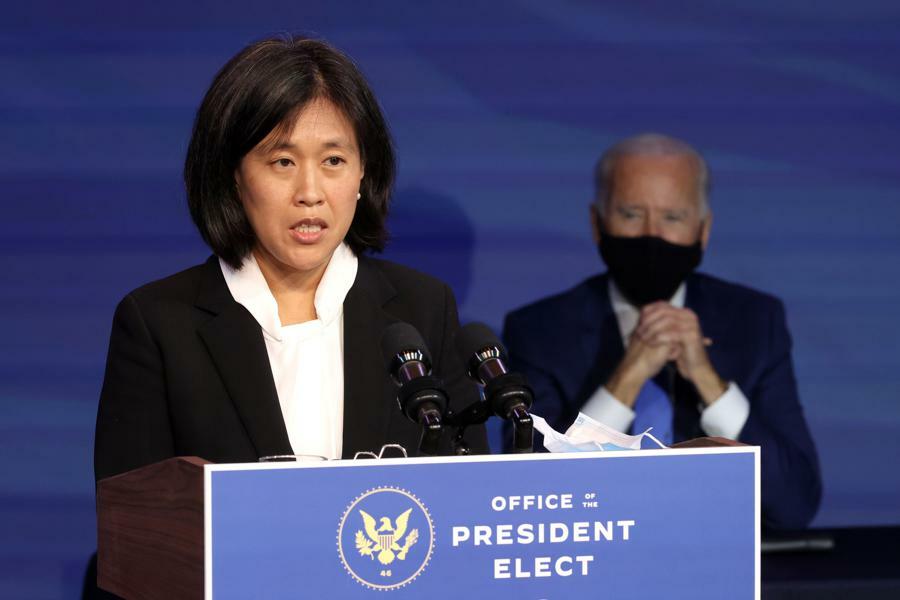 A year and a half into President Biden’s first term, his Administration is starting to talk about China in a meaningful way.

But yesterday, when Katherine Tai, the U.S. Trade Representative, spoke in Washington, she was talking about a China that was less important as a trade partner than it has been in years and certainly since former President Donald Trump launched the still-ongoing trade war in early 2018.

Sure, the United States still gets more of its imports from China than any other nation, though that percentage has dropped this year to 17% from 19%. In 2017, that percentage was 21.58%.

But, in a year when the United States will break records for total trade, total exports, total imports and the size of its trade deficit, it has less to do with China that you might expect. China isn’t nearly an outsized player it had become since being granted admission into the World Trade Organization in 2001.

The story line is much the same for imports:

Even in the world of trade deficits, China’s impact is less overwrought:

So, yes, that armada of ships marooned off the coast of Los Angeles in recent weeks has carried goods from China – but increasingly those goods are marked “Made in Somewhere Other Than China.”