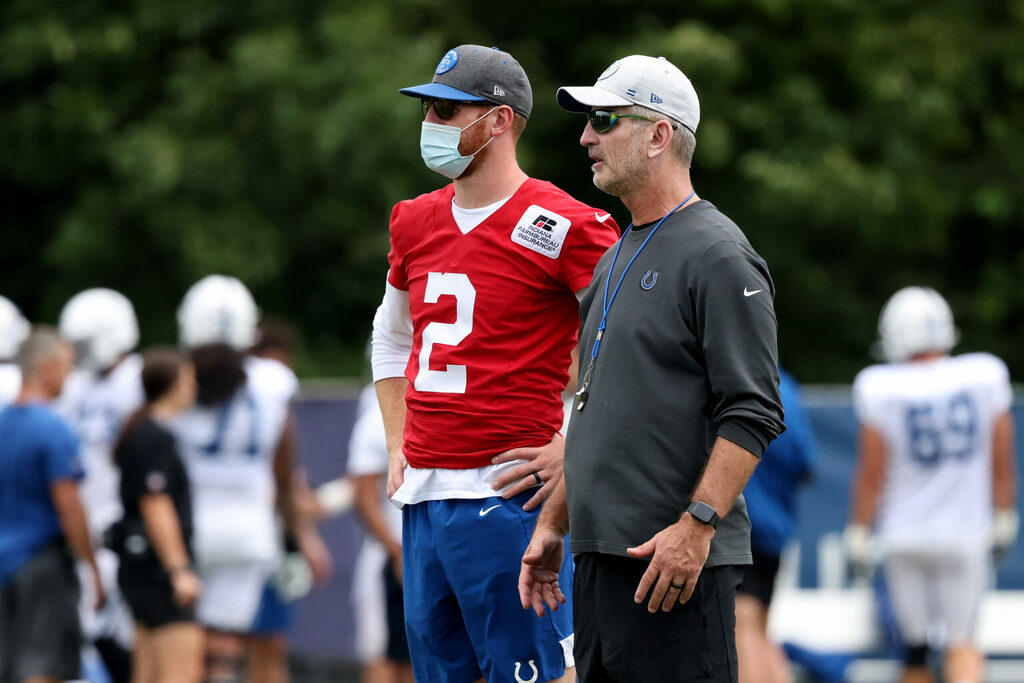 As the first week of the 2021 season has finally arrived, the predictions for the upcoming campaign are now being released. This means several outlets are giving their opinions on the Indianapolis Colts.

Nate Davis with USA TODAY published his big predictions for the 2021 season. He predicted each team’s record along with all the playoff scenarios and the Super Bowl winner.

For the Colts, Davis has Indy going 9-8, finishing second in the division and missing the playoffs.

Indianapolis Colts (9-8): Plenty of talent permeates a roster that’s been goodenough to make two playoff trips in the past three seasons – which have all featureddifferent starting quarterbacks. But hardly ideal to initiate new QB1 Carson Wentz’sreboot with the schedule spitting the Seahawks, Rams, Titans, Dolphins and Ravensright out of the chute. That opening gauntlet may not include new LT Eric Fisher,either, as he continues recovering from January’s Achilles injury.

In this prediction, the Tennessee Titans run away with the division with a 12-5 record, securing the No. 2 seed in the AFC playoffs. The Jacksonville Jaguars are predicted to go 4-13 while the Houston Texans secure the No. 1 overall pick with a 1-16 record.

The Tampa Bay Buccaneers and Cleveland Browns represent their respective conferences in the Super Bowl as Tom Brady collects another ring.

The Colts have a wide range of outcomes for the 2021 season. They can be a serious playoff contender if they avoid injuries and COVID-19 issues. Or they could wind up missing the postseason altogether those issues take hold of the campaign.

Regardless, this is the final week in which we won’t have any substance to go off. Sunday can’t get here soon enough.