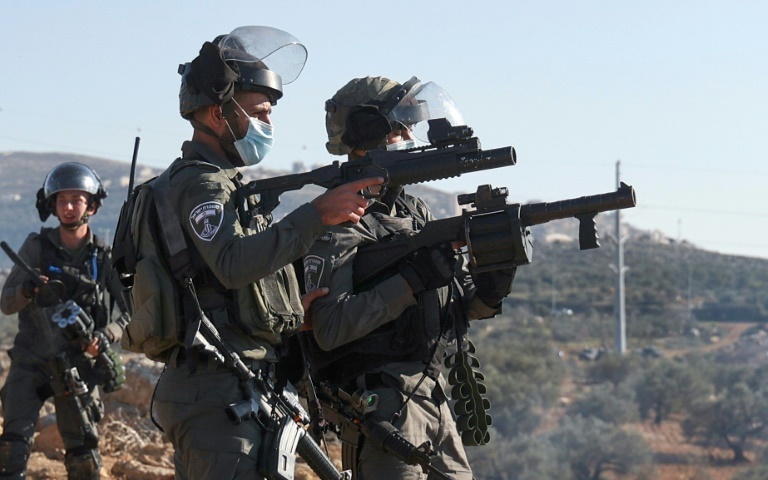 Ramallah (Palestinian Territories) (AFP) - The United States on Wednesday urged an investigation after an 80-year-old Palestinian-American was found dead in the occupied West Bank following arrest by Israel.

The mayor of the village of Jiljiliya, north of Ramallah, told AFP that Omar Abdulmajeed Asad's body was still in handcuffs after his death.

But Israel said that it had apprehended a man during a raid in the village to "thwart terrorist activity" and that he had been released the same night.

In Washington, State Department spokesman Ned Price said that Asad held US citizenship and that the government had been in touch with his family to offer condolences.

"We've also been in touch with the government of Israel to seek clarification," Price told reporters.

"We support a thorough investigation into the circumstances of this incident," he said.

The village mayor, Fuad Moutee, said Asad and his family were returning from visiting relatives when around 30 to 40 Israeli troops carried out a pre-dawn operation.

"They stopped the cars in the village centre and arrested the passengers inside and handcuffed them," he said.

After the troops withdrew, villagers found Asad's body in a building under construction.

In a brief statement, the Palestinian health ministry confirmed the mayor's version of events, adding Asad had died of a heart attack.

Israeli army spokesman Amnon Shefler said the incident would be investigated "in a thorough and professional manner", and he insisted that "the lives of every Israeli and Palestinian are important".

"An initial inquiry by the commanders at the scene indicated that during the inspection process a Palestinian was apprehended after resisting a check, and he was released later that night," the army said in a statement.

"The Military Police Criminal Investigation Division is reviewing the incident, at the end of which the findings will be transferred to the Military General Advocate Corps."

The man's death comes after clashes between troops and students on Tuesday at Birzeit University, near Ramallah, as well as an attempted car ramming attack in which an Israeli soldier was injured near a Jewish settlement.

Clashes break out frequently in Palestinian population centres in the West Bank when Israeli troops mount incursions to carry out arrests.

Israel has occupied the territory since the Six-Day War of 1967.

Excluding annexed east Jerusalem, some 475,000 Israelis live in settlements in the West Bank regarded as illegal under international law, alongside more than 2.9 million Palestinians.

President Joe Biden's administration has returned to past US criticism of settlement building after former president Donald Trump offered unstinting support to the US ally.