US unions call for halt to Amazon buyout of MGM 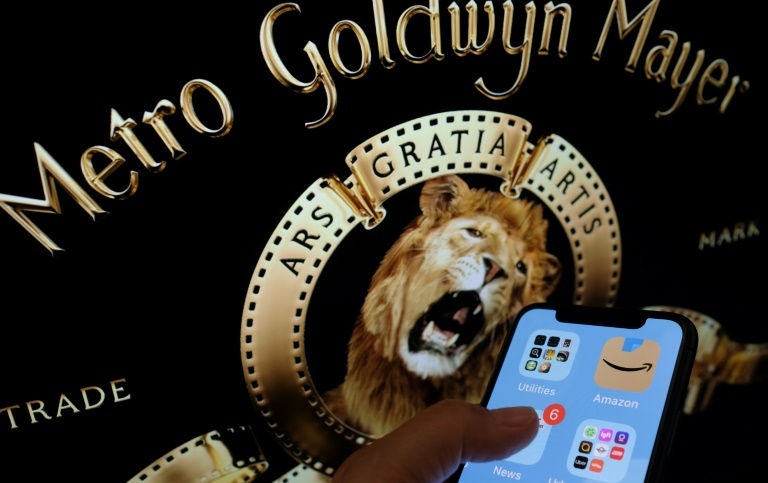 San Francisco (AFP) - A consortium of US unions called Monday for Amazon's buyout of the legendary Hollywood studio MGM to be blocked, citing concerns about the tech giant's growing power over the subscription video streaming sector.

"Amazon's influence on the health and diversity of the film-making industry is likely to be negative if the company is permitted to grow larger," said the Strategic Organizing Center, a federation of four major labor unions that represents some four million workers.

The group called on the Federal Trade Commission (FTC) to block the takeover, which was announced in May.

Amazon has offered $8.45 billion dollars for more than 4,000 films, including the James Bond series, "The Silence of the Lambs," "Robocop," "Basic Instinct," "Raging Bull" and "Thelma &amp; Louise," as well as an extensive catalog of TV series including "The Handmaid's Tale," "Fargo" and "Vikings."

"Amazon's current control over massive amounts of streaming content means the merger is likely to give Amazon greater incentive and power to exclude and discriminate against its competitors," the group said in its statement.

It argued that the buyout will give Amazon control of some 56,000 titles, far ahead of Netflix, which would have just under 20,000.

The unions further argued that Amazon's market power is not just "horizontal" but also "vertical," with the sale of electronic devices for video streaming (the company's "Fire" line) and cloud services for storing the content of its competitors, starting with Netflix, the most popular of the platforms.

The company also noted that neither MGM nor Amazon were involved in the production or distribution of any of the 20 most successful films around the world in 2018, 2019 and 2020.

The FTC and many US states have launched investigations and lawsuits against Google, Apple, Facebook and Amazon, which they accuse of abusing their dominant position in their own markets, from social networks to digital advertising and online commerce.

Amazon has come to broadly lead the cloud services sector, but it is its towering dominance of e-commerce that raises the hackles of its critics.

"The company has a long history of leveraging its dominance to gain a foothold in new markets by using practices we believe are unfair and anticompetitive," the unions said.

"This merger would allow Amazon to use the same playbook against the streaming video industry, inevitably impacting producers and consumers of video content and squeezing diversity as it gains market share," the unions said.