US Soccer equalises pay for women, men in milestone agreement

The United States Soccer Federation has reached milestone agreements to pay its men’s and women’s teams equally, the first of their kind in the sport.

The announcement on Wednesday ended years of acrimonious negotiations with unions for both teams and followed a high-profile push by players on the women’s team, which unlike the men’s team has been dominant in international tournaments, for pay parity.

A $26m settlement in a gender discrimination lawsuit brought by some players in 2019 was contingent on reaching labor contracts that equalised pay and bonuses between the two teams. The new contracts extend through December 2028.

“I feel a lot of pride for the girls who are going to see this growing up, and recognise their value rather than having to fight for it,” US forward Margaret Purce said following the announcement.

The agreement includes a first-of its kind scheme to pool FIFA World Cup prize money, which is based on how far a team advances in the tournament, across both the men’s and women’s teams. Each player will then receive matching game appearance payments. The current agreement covers the men’s World Cup in November, next year’s women’s World Cup, and the tournaments in 2026 and 2027.

Men’s team member Walker Zimmerman, a US National Team Players Association leadership group, players saw the negotiations as an “opportunity to be leaders in this front and join in with the women’s side and US Soccer. So we’re just excited that this is how we were able to get the deal done”.

The US women’s team has been the most successful of any country’s team since the first women’s World Cup in 1991. They have qualified for every tournament and won four championships, most recently in 2015 and 2019.

The men’s team, which will compete in the World Cup in Qatar in November, missed qualification for the tournament in 2018 and has never won the championship.

US Soccer President Cindy Parlow Cone, a former national team player who became head of the governing body in 2020 hailed the agreement as “a real credit to all the different groups coming together, negotiating at one table”.

“I think that’s where the turning point really happened. Before, trying to negotiate a CBA with the women and then turn around and negotiate CBA terms with the men and vice versa, was really challenging. I think the real turning point was when we finally were all in the same room sitting at the same table, working together and collaborating to reach this goal.”

Under the agreement, for lesser tournaments, such as those run by the governing body of North America, players will earn identical game bonuses. And for exhibition games, players will receive matching appearance fees and performance payments based on the match result and opponent rank.

The women and men also will receive a portion of commercial revenue from tickets for matches controlled by the USSF, with bonuses for sellouts, and each team will get a portion of broadcast, partner and sponsor revenue, although the women gave up guaranteed base salaries in reaching the agreement.

The men will also have child care covered during national team training camps and matches, a benefit the women have had for 25 years. 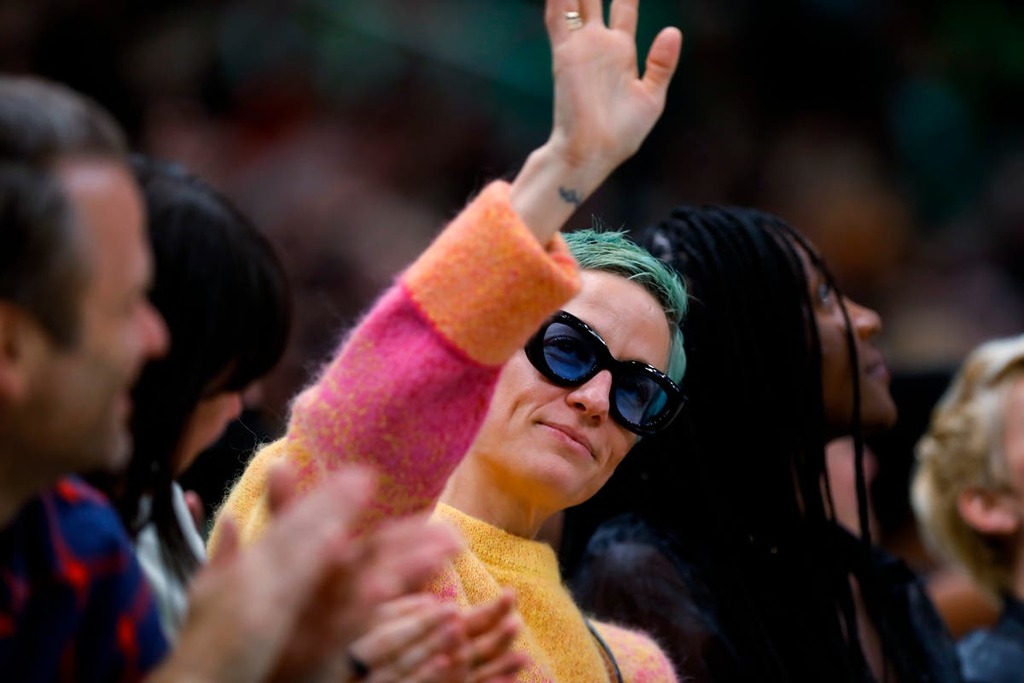 US Soccer equalizes pay in milestone with women, men
The U.S. Soccer Federation has reached milestone agreements to pay its men’s and women’s teams equally

The Independent UK
One subscription that gives you access to news from hundreds of sites
U.S. Soccer agrees to equal pay plan for men’s and women’s teams

The federation announced separate collective bargaining agreements through December 2028 with the unions for both national teams on Wednesday, ending…