US pressure on Palestinian Jerusalem consulate is a step back - editorial 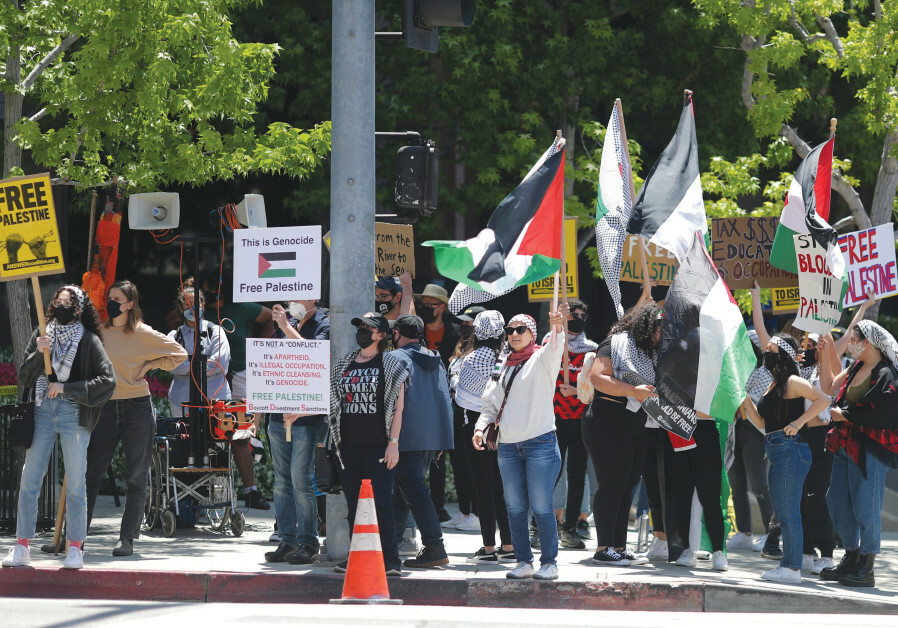 Israel is coming under increased pressure from the United States to enable the reopening of a special consulate in Jerusalem, in addition to the US embassy in the capital. This is designed by the administration of US President Joe Biden to have a unique diplomatic outpost for working with the Palestinians, and to send a message that Jerusalem is a shared city and could also be the capital of a Palestinian state, as the Palestinians have demanded for years.

For Israel, the reopening would be a step back from accomplishments achieved with the US during the Trump administration regarding the prospects of two states – and would once again gives Palestinians false hopes that they will have a hold on the city that was reunified by Israel in 1967.

Last month, US Democratic senators visited Israel and expressed concern about the consulate’s continued closure, which had been shuttered by the Trump administration when the US embassy was moved to Jerusalem.

In many ways this is logical, since Washington doesn’t maintain any other consulates in cities where it has an embassy. But Jerusalem is different because the UN called for a partition of the city in 1947, and since then, many countries have abided by the concept that it has “international” aspects and is not just Israel’s capital.

While in Jerusalem, the senators explained how important the consulate is.

“In our meetings today in Israel with Prime Minister [Naftali] Bennett and other officials, we stressed the importance we place on reopening our consulate in Jerusalem to better serve Palestinians. This consulate was open for over 100 years before being cruelly shuttered by [former] President [Donald] Trump,” tweeted Sen. Chris Murphy.

Senators Chris Van Hollen, Jon Ossof and Richard Blenthal said they agreed. “Yes, we had good meetings and raised this issue. It was also a commitment the President of the United States made and important that he keep his word, follow through and reverse Trump’s harmful decision,” Van Hollen said.

“We think it’s a bad idea,” Foreign Minister Yair Lapid told reporters last week in response to the US plan to reopen the consulate. “Jerusalem is the sovereign capital of Israel and Israel alone, and therefore we don’t think it’s a good idea.”

The consulate issue was raised by Biden in his meeting with Bennett in Washington earlier this month. Secretary of State Antony Blinken has also called for the consulate to be reopened.

The pressure puts Israel in a difficult position. Unlike the governments led by former prime minister Benjamin Netanyahu, the Bennett-Lapid government wants to repair ties with the Democrats and work closely with the Biden administration on issues of mutual concern, such as Iran’s continued pursuit of a nuclear weapons capability.

On the one hand, Israel should listen to US concerns and suggest innovative ways to engage positively with the Palestinians without the need for a consulate. A special envoy or some other form of diplomatic post at the US embassy in Jerusalem could, for example, serve the interests of the Palestinians.

But Israel also needs to clearly articulate its opposition to a consulate. It undermines the chances for peace, threatens the stability of the government and erases the accomplishment of getting the embassy moved from Tel Aviv.

In the past, the Palestinians used their claims to half of Jerusalem as a way to blackmail Israel. If the issues of Jerusalem and other “final status” issues weren’t solved, they said, then Israel would be stymied in its efforts to forge relations with countries in places like the Gulf. That has proven to be a false threat.

It is important that Israel explain all of this to the Biden administration. The opening of the consulate is not a technical matter: it undermines Israel’s sovereignty in the city that has served as the Jewish people’s capital for 3,000 years – and is about ideology, rights to this land and the meaning of the Zionist movement.