US, Philippines to resume defence projects under military pact 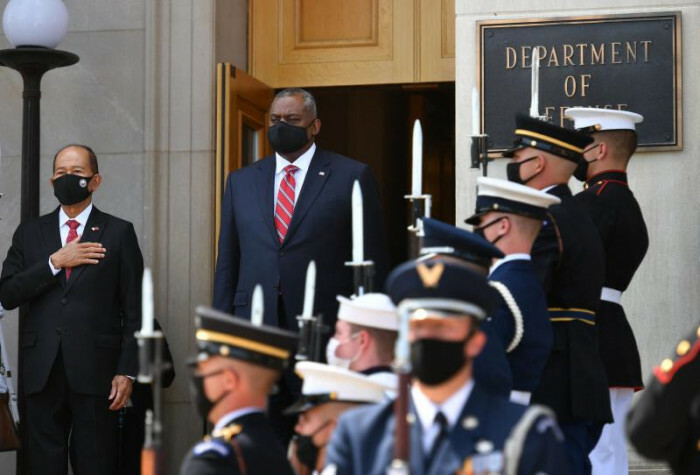 The US and the Philippines will resume defence projects after the Southeast Asian nation agreed to keep a military pact that President Rodrigo Duterte threatened to scrap, allowing both sides to boost long-standing alliance in the region.

Philippine Defense Secretary Delfin Lorenzana met with his US counterpart Lloyd Austin in Washington on Sept 10 where the two sides reaffirmed their commitment to further enhance relations after Duterte in July agreed to keep the Visiting Forces Agreement, according to a statement on Saturday.

“Both sides agreed to work on a bilateral maritime framework that advances cooperation in the maritime domain, and to resume projects in approved Enhanced Defense Cooperation Agreement locations in the Philippines,” according to the statement released by the Philippines. The cooperation agreement or EDCA, signed in 2014, allows for a greater US presence at Philippine military bases and the construction of new facilities there.

The defence secretaries also discussed developments in the South China Sea, with Austin reaffirming US commitments under the seven-decade Mutual Defense Treaty. Both sides pledged “to keep the alliance ironclad”.