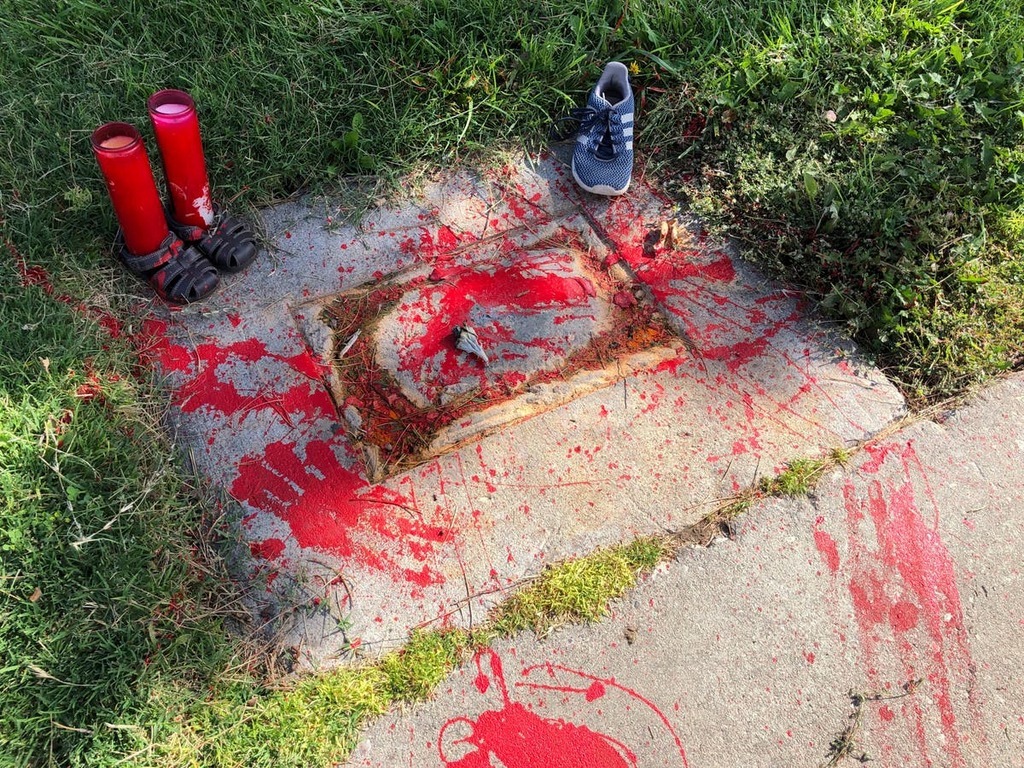 US reckoning with role in Native American boarding schools
The U.S. government has not been open to investigating its role in stripping Native Americans of their cultures and identities…

A new report released by the Interior Department reveals the scope of the rampant abuse Native American children suffered.

The Independent UK
US gov’t: At least 53 burial sites at Indigenous boarding schools

Boarding schools were part of a policy to sever cultural traditions and take land from Indigenous people, report finds.

Deb Haaland is pushing the U.S. government to reckon with its role in Native American boarding schools like no other Cabinet secretary could — backed by personal experience, a struggle with losing her own Native language and a broader community that has felt the devastating impacts.

The agency she oversees — the Interior Department — released a first-of-its-kind report this week that named the 408 schools the federal government supported to strip Native Americans of their cultures and identities. At least 500 children died at some of the schools, but that number is expected to reach into the thousands or tens of thousands as more research is done.

“We are uniquely positioned to assist in the effort to undercover the dark history of these institutions that have haunted our families for too long,” she said Wednesday during a news conference. “As a pueblo woman, it is my responsibility and, frankly, it’s my legacy.”

Still, the work to uncover the truth and create a path for healing will rely on having financial resources in Indian Country, which the federal government has chronically underfunded.

Tribes will have to navigate federal laws on repatriation to take Native children who died and are buried at former boarding school sites home, if desired, and might have no recourse to access burial sites on private land. The causes of death included disease, accidental injuries and abuse.

Boarding school survivors also might be hesitant to recount the painful past and trust a government whose policies were to eradicate tribes and, later, assimilate them under the veil of education. Some have welcomed the opportunity to share their stories for the first time.

Haaland, the first and only Native American Cabinet secretary, has the support of President Joe Biden to investigate further. Congress has provided the Interior Department with $7 million for its work on the next phase of the report, which will focus on burial sites, and identifying Native children and their ages. Haaland also said a year-long tour would seek to gather stories of boarding school survivors for an oral history collection.

A bill that's previously been introduced in Congress to create a truth and healing commission on boarding schools got its first hearing Thursday. It's sponsored by two Native American U.S. representatives — Democrat Sharice Davids of Kansas, who is Ho-Chunk, and Republican Tom Cole of Oklahoma, who is Chickasaw.

“Working with the Interior, knowing that there are representatives in the federal government who understand these experiences not just on a historical record but deep within their selves, their own personal stories, really makes a difference,” said Deborah Parker, chief executive of the National Native American Boarding Schools Healing Coalition and a member of the Tulalip Tribes.

More than two decades ago, Assistant Secretary of Indian Affairs Kevin Gover issued an apology for the emotional, psychological, physical and spiritual violence committed against children at the off-reservation schools. Then in 2009, President Barack Obama quietly signed off on an apology of sorts for “violence, maltreatment and neglect inflicted on Native Peoples by citizens of the United States.” The language was buried deep in a multibillion-dollar defense spending bill.

The proposed commission would have a broader scope than the Interior's investigation to seek records with subpoena power. It would make recommendations to the federal government within five years of its passage, possible in the U.S. House but more difficult in the U.S. Senate.

Starting with the Indian Civilization Act of 1819, the U.S. enacted laws and policies to establish and support Native American Boarding Schools. The goal was to civilize Native Americans, Alaska Natives and Native Hawaiians. Religious and private institutions often received federal funding and were willing partners.

Capt. Richard Henry Pratt described the essence of the federal boarding schools in a speech he gave in 1892 where he said, “Kill the Indian and save the man.”

Minnesota resident Mitch Walking Elk ran away multiple times from boarding schools he attended in the late 1950s and early '60s because “my spirit knew it wasn’t a good place for me,” he said.

Boarding schools aren't the only thing that has led him to distrust the federal government, even as it seems willing to uncover the past. In 1864, Walking Elk’s ancestors from the Cheyenne and Arapaho tribes were attacked in the Sand Creek Massacre. At least 200 people were killed, and victims’ bodies were mutilated.

“I have reservations about what's going on right now because I don't trust them,” said Walking Elk. “If Deb Haaland makes too many waves, the far right, the extremists will manufacture something to put the brakes on this.”

Boarding school survivor Ramona Klein testified before Congress on Thursday, describing seeing her mother cry as her children got on a big, green bus for boarding school, being scrubbed with a stiff brush once there, and sleeping under a scratchy wool Army blanket. She put on a large rubber hand when she spoke of being touched at the school at night “like no child’s body should be touched.”

“Being in that boarding school was the loneliest time of my life,” said Klein, a member of the Turtle Mountain Band of Chippewa in North Dakota. “It has made it difficult for me to trust other people, including the people on this committee, with my emotions, my thoughts, my dreams and my physical being. And how could that not be the result?”

Republican Rep. Jay Obernolte of California said Congress would need to consider the financial investment in the proposed commission and whether those who serve would do so as a public service or be compensated.

“I’m not opposed to investing substantial taxpayer resources in this commission, but I think we need to be explicit about what those resources are,” he said Thursday.

Native AmericanDeb HaalandInteriorInterior Department
Sign up to read this article

US reckoning with role in Native American boarding schools
The U.S. government has not been open to investigating its role in stripping Native Americans of their cultures and identities…

A new report released by the Interior Department reveals the scope of the rampant abuse Native American children suffered.

The Independent UK
US gov’t: At least 53 burial sites at Indigenous boarding schools

Boarding schools were part of a policy to sever cultural traditions and take land from Indigenous people, report finds.