German boutique e-mobility company Urban Drivestyle is known for its unique, hand-crafted electric bicycles. Unlike your run-of-the-mill e-bikes, Urban Drivestyle’s creations boast unique styling, and a character that’s centered on fun. Founded by Ossian Vogel, Urban Drivestyle caters to the e-mobility enthusiast market, and sees all of its products developed and manufactured in its in-house factory in Berlin.

In order to offer an even more unique range of products, Urban Drivestyle has partnered up with a fashion outlet that’s gained popularity across Europe. SNIPES is one of the largest sneaker and street wear retail outfits across Europe, and has made its presence felt in various pop-culture genres ranging from urban dance, basketball, BMX, and skating. SNIPES prides itself in its contemporary lifestyle approach, and fits perfectly with Urban Drivestyle’s chic and fun-loving character. To celebrate the partnership, Urban Drivestyle is launching a pair of e-bikes which capitalize on SNIPES’ youthful energy.

The first of the two bikes is the UDX SNIPES edition. Retailing for 2,290 Euros, or the equivalent of $2,473 USD, the UDX is Urban Drivestyle’s modern take on an electric, full-suspension BMX bike, but this time, chock full of technology. Of course, given the fact that this machine has put on quite a few pounds, don’t expect to be landing as many tricks as you would a conventional BMX. Nonetheless, what the UDX lacks in agility it makes up for in practicality.

The UDX rolls on 20 x 4-inch fat tires make it a comfortable e-bike, even on rough, uneven terrain, while the rear suspension system further soaks up bumps and the occasional bunny hop. It’s powered by a 250W hub motor which propels it to a top speed of 25 kilometers per hour (16 miles per hour). As for styling, its eye-catching orange motif gives the bike unmistakable branding while its lithium-ion battery pack sits right above the down-tube, retaining the bike’s distinctly clean aesthetic.

The UNI MK SNIPES Edition is the second bike on offer, and it’s a more urban lifestyle-focused e-bike. It turns heads with its chic, retro styling, while its long and spacious saddle is capable of accommodating two-up riding. It’s equipped with a unique multi-rack system which allows you to mount a variety of luggage options and accessories, and can even be configured specifically for cargo transport. It fetches more of a premium against the UDX, though, at 2,990 Euros, or the equivalent of $3,229 USD.

Commenting on the collab between the two lifestyle brands, Matthias Schübbe, Head of Marketing at SNIPES stated, “We want to be part of the urban lifestyle of our community. And that goes beyond sneakers and apparel. With the collab with Urban Drivestyle, we are now also addressing the mobility needs of our community for the first time. The cooperation is therefore an important step for us to bring existing and new target groups closer to the SNIPES lifestyle and at the same time to show that we are further diversifying our product range and are consciously entering unconventional terrain for us.”

Take a peek at the Urban Drivestyle UDX and UNI MK SNIPES Editions in the photo gallery below. 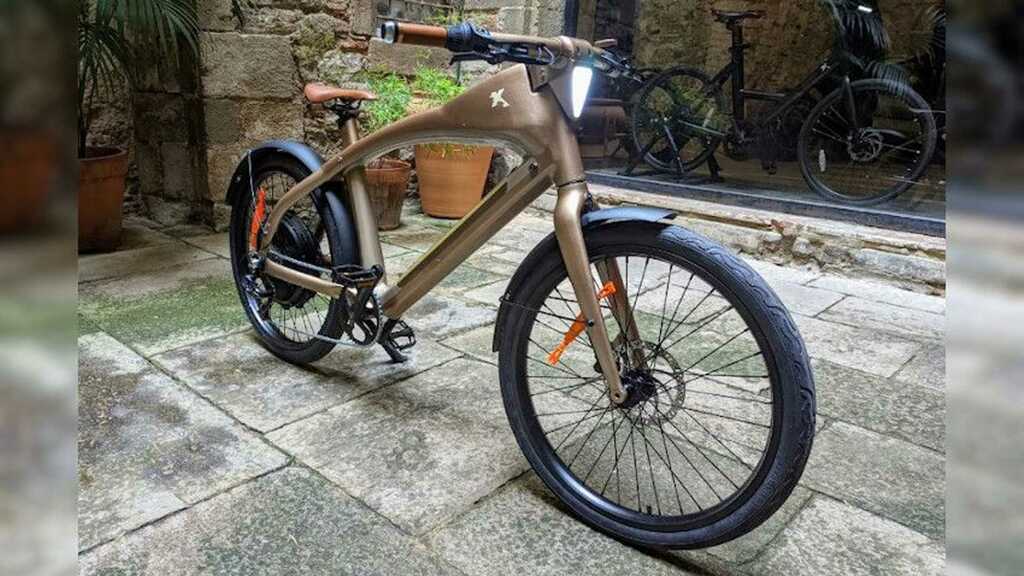 BeTriton is a one-of-a-kind recreational vehicle that's an electric pedal-assist trike, camper, and boat all in one. The vehicle is…