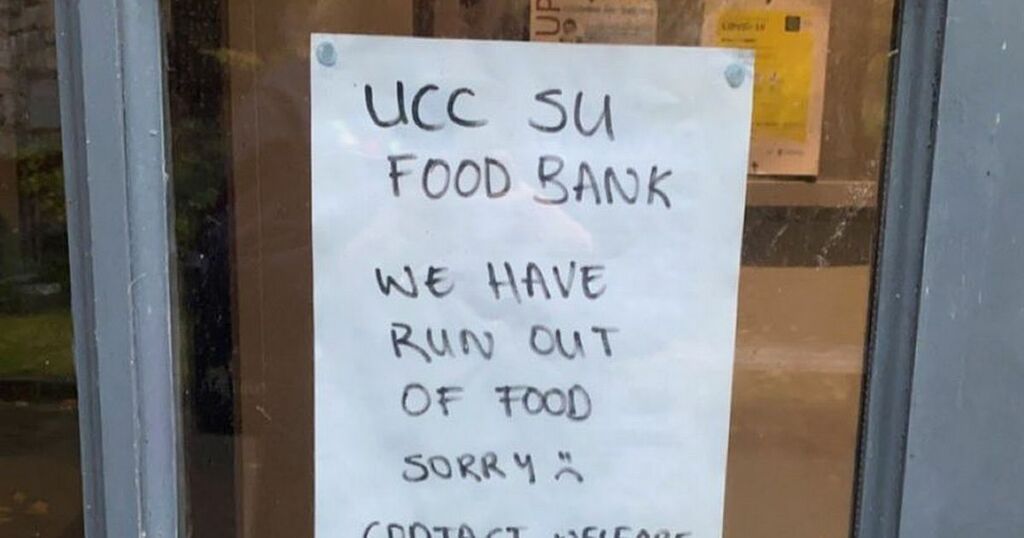 Some students at University College Cork went hungry tonight after a food bank set up by the college ran out of food in under an hour.

It was announced in recent days by the "disheartened" UCC student union that an on-campus food bank would have to start up again for the first time in two years after many students were unable to feed themselves due to the high cost of renting in the market.

Similarly to other colleges, UCC students have been sleeping in hostels, Air B&B's and hotels since the start of term.

Representatives of UCC Students Union have described the scenes at the food bank today as "heartbreaking".

In a tweet, Asha Woodhouse, Student Union president, said "50 minutes in we’ve run out of food and have had to turn students away.

"Heartbreaking to not have enough and to see so many students experiencing food insecurity.

"Is this the UCC and country we are supposed to be proud of?" she asked, tagging Minister for Further & Higher Education Simon Harris.

Caoimhe Walsh, Welfare Officer of UCC Students Union, said: "In less that an hour the UCCSU food bank has had over 100 students come and we have ran out of food TWICE.

"It is a very sad day for the country," she added, tagging the Tanasite, Taoiseach and Minister Harris in her tweet.

"When are things going to change? We need action NOW."