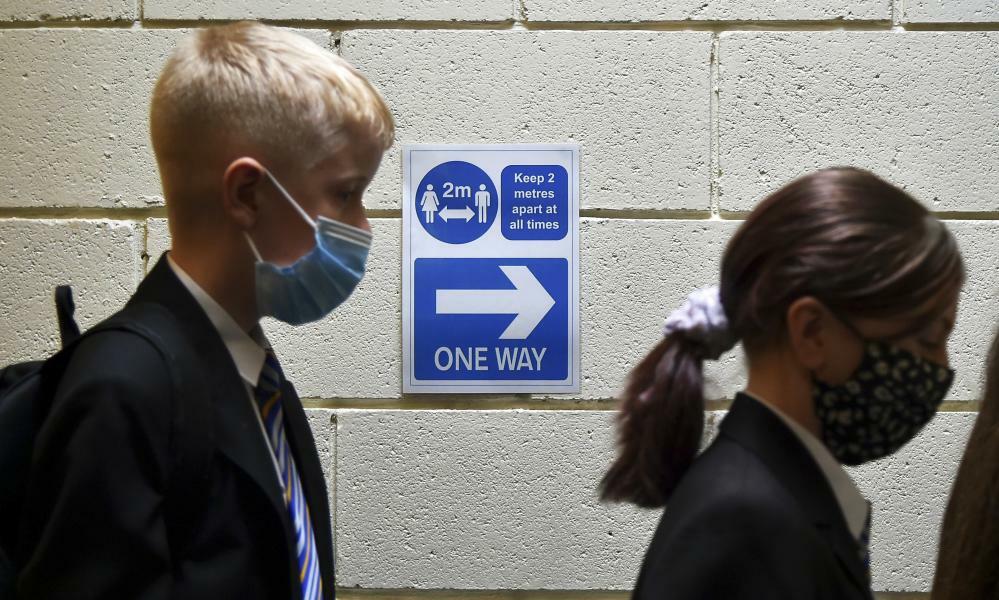 Unions have called on the government to stop “standing by” and reinstate safety measures at schools to prevent further disruption to education this winter as the rate of Covid surges among teenagers.

The spread of the virus appears to be significantly outpacing the government’s vaccination programme, with one in 14 secondary school-age children in England infected with Covid last week, figures from the Office for National Statistics show, up from an estimated one in 20 pupils the previous week.

Prof Calum Semple, a member of the Scientific Advisory Group for Emergencies (Sage), warned that the rapid spread of the virus among children in school years 7 to 11 could mean that children reach herd immunity through infection rather than vaccination.

Semple told BBC Radio 4’s Today programme: “It’s not a good way to get to herd immunity. Commentators would usually say it’s ridiculous to aim for herd immunity using natural wild-type infection because that brings with it disease and damage to children both from acute disease and potentially long Covid.”

Five unions have written to Nadhim Zahawi, the education secretary, asking him to consider tightening safety measures in schools. Kevin Courtney, joint general secretary of the National Education Union (NEU), said: “We are concerned that the government is standing by while Covid cases surge across schools.

“It is evident that more needs to be done, and sooner rather than later, to prevent further massive disruption to children’s education, caused either by children contracting Covid-19 or Covid-related staff absence.”

The teachers’ union NASUWT emphasised the importance of onsite testing “rather than relying on home testing, which is less effective”. It also urged the government to consider reintroducing self-isolation for students who are contacts of a positive case.

Prof Kevin McConway, emeritus professor of applied statistics at the Open University, described the rise in cases in secondary school-age children as “concerning”. “However you look at it, this is a huge increase, and it clearly follows from schools having reopened and, crucially, from vaccination rates of children in that age group still being low.”

Fewer than one in 10 (9%) in the age group, which has the highest positivity rate of any cohort, had been vaccinated by last Sunday – just weeks away from the half-term target set by the government.