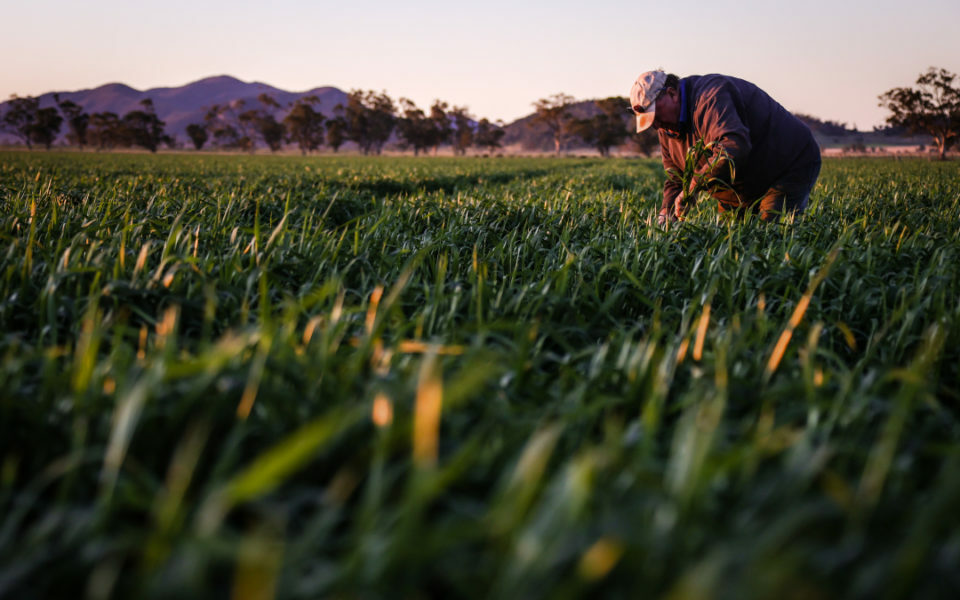 Farmers are calling for thousands of workers for this winter’s grain harvest, but unemployed Australians say health departments are making them wait months for approval to cross state borders to take up the jobs.

The only border relaxed for harvest workers has been the one between Queensland and New South Wales.

Those with urgently needed niche skills have been able to fast-track the process, but other workers say it has not been as easy for them.

Rob, who asked for his full name not to be used as he was worried it would impact his job prospects, is in his 50s, but is fit and experienced. He has worked on farms his whole life.

He’s been unemployed for two years, living off his savings in Hamilton, in regional Victoria.

In the first half of this year, he applied for fruit picking jobs across the country but was unable to land one. Now, he’s trying to get in on the crop harvest, but can’t cross the state border to the closest jobs.

“So there’s a few ads popping up, coming up for the harvest. I rang up South Australian health to suss out the story,” Rod said.

He lives just 10km outside the border bubble and is fully immunised against COVID-19.

“They said if I took a position on a cropping farm I would have to apply for an exemption to get into South Australia, which can take up to two months.

“And then, if approved, I have to apply for the cross border permit and then quarantine for 14 days.”

Australia’s grain industry is not riddled with the same issues as fruit and vegetable picking.

Every worker is paid an hourly rate, as opposed to piece rates, and there is no reliance on cheap foreign labour.

Those that do travel internationally to work on the harvests are highly skilled and often come from the northern hemisphere.

Rod said he has struggled to land a job this season – and thinks his age might be a factor.

“Some of the ads finish with ‘we want uni students’,” he said.

“It irritates me, they bang on that they can’t get anyone. I apply for farm jobs and I don’t hear anything.”

Programmed Skilled Workforce has been campaigning to get 3000 Australians working on the grain harvest doing blue-collar jobs.

“It’s a big mix of different people. It’s younger applicants, mature ones, males and females, people who are out of work due to COVID. School leavers and travellers.”

There was more interest from locals to take up these harvest jobs because there was less risk of being exploited, he said.

“I think, unfortunately, fruit picking has a bit more negative publicity around it because there have been some dodgy operators not doing the right thing,” Mr Hele said.

“There’s a general awareness about grain harvest that you can earn some really good money for two to three months.”

He said hirers were mainly fitting people with jobs inside their own states as closed borders had made things difficult for the industry’s blue-collar workers to move around.

Rod Gribble from the Custom Harvesters Association said it had been difficult to move highly skilled workers across the borders, but they were making progress with governments.

“It’s slowly working, there are a few teething issues because governments change the rules all the time,” he said.

He said the skilled workforce normally came from the northern hemisphere to work the harvest, and training someone up properly takes years.

To combat this, NSW Farmers is enlisting the help of former Australian Defence Force servicemen and women to help harvest bumper crops during the pandemic.

“Former ADF servicemen and women in areas such as heavy machinery handling will make them ideal candidates for grain harvest roles, many of which are skilled or semi-skilled,” Mr Madden said.