Under the Bridge: Papakura High School out of statutory management after 7 years 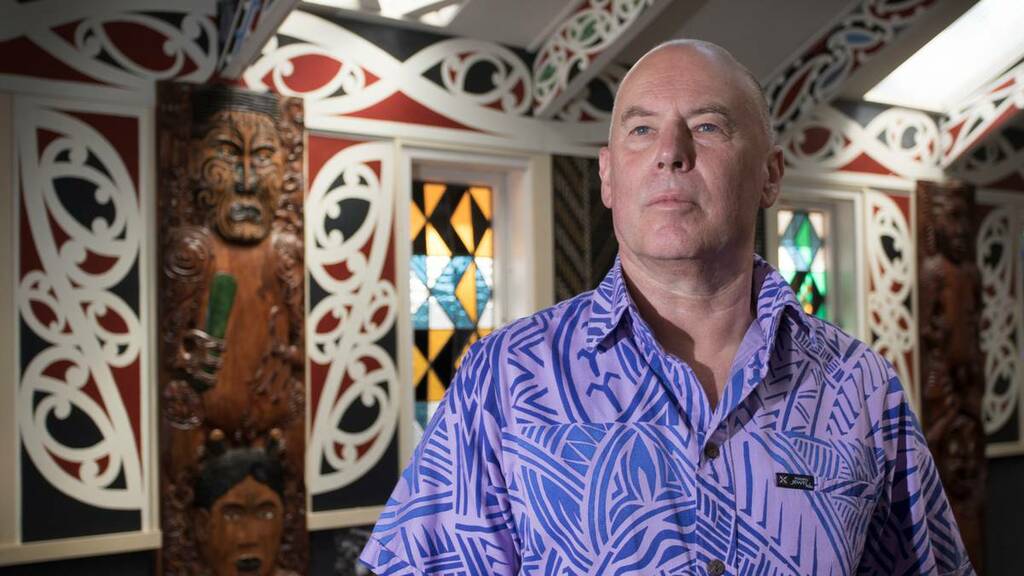 A school once considered one of the worst in New Zealand has improved so much it's been taken out of statutory management.

Papakura High School - the subject of the 2017 Herald documentary Under the Bridge - has had 12 years of interventions from education authorities including 7.5 years being run by a statutory manager.

But huge efforts from staff and students have turned things around.

During lockdown the South Auckland school was told statutory management had been lifted, with the Ministry of Education congratulating Papakura on its "considerable achievement".

New principal Simon Craggs told the Herald the news was a huge deal and it was an emotional time for staff.

He believed the ministry was confident Papakura High was now a safe learning environment where students had the opportunity to succeed.

Craggs said that was largely thanks to his predecessor John Rohs, who was appointed in 2016.

At the time Papakura High's roll had plunged from 1300 to just 550 as students fled to other schools, mostly across the train tracks to Rosehill College.

Most who stayed were Māori, and the school was decile 1 - reflecting the poverty faced by students' families. The Education Review Office had warned in 2015 there were "deep-seated issues" stopping progress at all levels of the school.

In 2017 Papakura High was the subject of a Herald documentary, Under the Bridge, following Rohs and three students for a year as they fought to change community perceptions.

Craggs said many students had been "out of control" when Rohs arrived.

"They had no pride in the school, no connection to it - basically they were only at the school because there were no other options."

Achievement levels were low compared to the decile 1 average, and the school's leaders didn't have the answers. But Rohs had a plan.

"He knew that the school didn't really reflect the demographic of the students in it. At that point it was nearly 70 per cent Māori but the houses were named after Pākeha generals - all those sort of things.

"Part of his plan was to make a place where students could identify with, to see their own culture reflected and to be proud of."

Six of the country's worst-performing schools were chosen for the new approach, with regular audits by experienced reviewers who aimed to support schools, not just judge them.

A 2020 evaluation found five of the schools had improved - one of those was Papakura.

When Craggs arrived at the start of this year he was struck by the positive energy in the staffroom.

There was far more diversity on staff than five years ago, and teachers took an individual approach to each student - "looking at their needs rather than them just turning up to classes".

He's succeeded at one of this year's goals - to get the school out of statutory management. An enrolment zone has also just been finalised with the roll climbing to 900 students and more than 1000 expected next year.

"The focus is on improving the curriculum, making it a lot more responsive to our students' needs and lifting our students' aspirations as well."

'I thought if I went there I could make a change'

Tatiana O'Keefe-Pauu (Ngāpuhi, Ngā Ruahine, Te Arawa) had heard "bad news" about Papakura High. But she was floundering at Rosehill College - it wasn't a bad school but it wasn't right for her, Tatiana says. Her younger sister Daniqua was also struggling.

She felt drawn to Papakura High despite knowing nobody there. She watched the Herald's documentary, Under the Bridge, and decided the school had potential.

"I didn't think that it was as bad as everyone was saying it was. I thought if I went there I could make a change."

Many people were shocked to hear the sisters had switched schools, given Papakura's reputation. But it's been the right move - last year Tatiana got an excellence endorsement and she's on track for excellence this year before she goes on to study business at university.

The 18-year-old said she felt she could better connect with her Māori culture at Papakura and the school took pride in all its' students achievements, whether artistic or academic.

As a prefect, she wants to use her leadership position to get kids to aim higher. She feels some teachers could lift their expectations further and push for excellence, not just achievement, and be stricter about uniform and assessment due dates.

But she loves how the school is like a family. "We pride ourselves over whanaungatanga...[staff] treat you as their own kids. They love to see it when you succeed."

Mum Tanya Williams says Papakura had "a really quite horrible reputation but I knew that it had heart".

The school understands people who come from a less fortunate background, and helps every kid find a pathway that suits them, she says.

Daniqua, 17, is more introverted than Tatiana but she's found good friends and her artistic talents are being recognised. Williams' younger sons are also thriving at the school.

Papakura took the financial burden off Williams' shoulders and made sure her kids didn't miss out - "a huge blessing" for the single mum of four.

"It's really beautiful to feel a part of...it feels like a family."