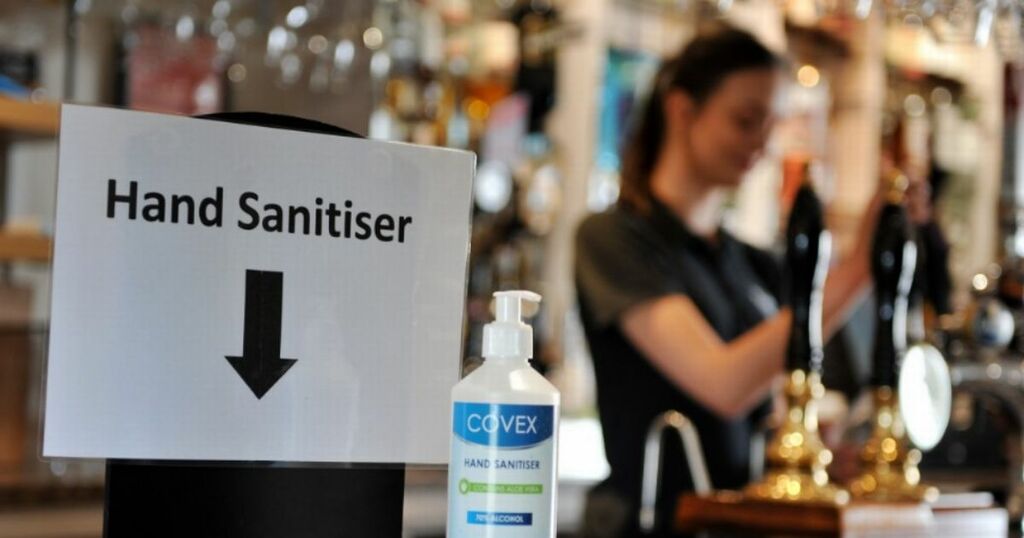 Time will tell as to whether the reduction in the 10 day COVID self-isolation period will successfully alleviate staff shortages in Perth and Kinross, according to the head of the region’s business network.

And Perth and Kinross Council has warned residents that its response times and services could be affected due to the rising number of cases.

People who test positive are now able to end self-isolation after seven days - if they have no fever and record two negative lateral flow tests.

Most close contacts of positive COVID cases, including people in the same household, will no longer be required to self-isolate and will instead be able to take daily LFTs.

However, close contacts over 18 years and four months who are not fully vaccinated will still be asked to self-isolate for 10 days and take a PCR test.

People who receive a positive result from a lateral flow test will no longer need to take a PCR test to confirm the result.

This applies only to those without symptoms.

The first minister confirmed the moves during a virtual statement to parliament on Wednesday as Omicron cases continue to rise.

The latest seven-day infection rate for the region has soared to 1781 cases per 100,000, according to Public Health Scotland.

Chief executive of Perthshire Chamber of Commerce Vicki Unite believes time will tell to see if the reduced isolation times will help staff shortages, while calling for further financial support.

“All our businesses have sought from the word go is clarity and a clear path back to our economy functioning effectively again,” she said.

“They appreciate we are living in unprecedented times, and a fluid situation, where decisions are made, depending on health statistics, which has become seemingly more complicated because of the Omicron variant.

“It remains to be seen whether the reduced isolation will impact on business and staff absence.

“If the wheels of industry are not being allowed to turn, then the economic circle will be damaged, perhaps irrevocably.

“The financial support, while welcome, has been insufficient to date, and this is something that needs to be addressed immediately.”

PKC has warned residents council response times and services could be affected due to the rising number of cases.

“Staff are continuing to deliver all services for the people of Perth and Kinross and schools re-opened after the Christmas break on Thursday,” a council spokesperson said.

“However, transmission of the Omicron variant and the need to self-isolate may place additional pressure on the council.”

Stephen Leckie, chairman and CEO of Crieff Hydro Family of Hotels, president of the Scottish Chambers of Commerce and chairman of the Scottish Tourism Alliance, said in his New Year message: “As we battle with the new Omicron wave of infections, a return to greater levels of restrictions and a potential economic slowdown, this changeable situation will leave many businesses in a precarious situation in the early days of 2022.

"It is more important than ever that not only the Scottish and UK Government work closely together to tackle the threat of the virus, but that they both work in partnership with business and industry to safeguard the economy, jobs and livelihoods which are once again under threat.”

He added: “However, ever the optimist I firmly believe that we will see a return to pre-pandemic levels of growth before the end of this year.”

Mid Scotland and Fife MSP Murdo Fraser has called on the Scottish Government to further break down regularly released COVID-19 statistics in order to determine the severity of the Omicron strain and the impact of the coronavirus vaccines.

At Holyrood last week Mr Fraser asked: “The first minister said that there were 679 people in hospital today [December 29] with COVID and that the Scottish Government would break down that figure between those who are in hospital because they have COVID and those who were admitted for other reasons but turned out to test positive.

“If that figure were to be published, it would be very helpful in telling us how serious the risk from Omicron is.

“In the meantime, do we know how many of the 36 people in intensive care and the 679 people in hospital are vaccinated?”

In response, first minister Nicola Sturgeon said: “I do not have those figures yet, but we want to publish much more detailed breakdowns across all the different factors as soon as Public Health Scotland can provide that robust breakdown for us.”