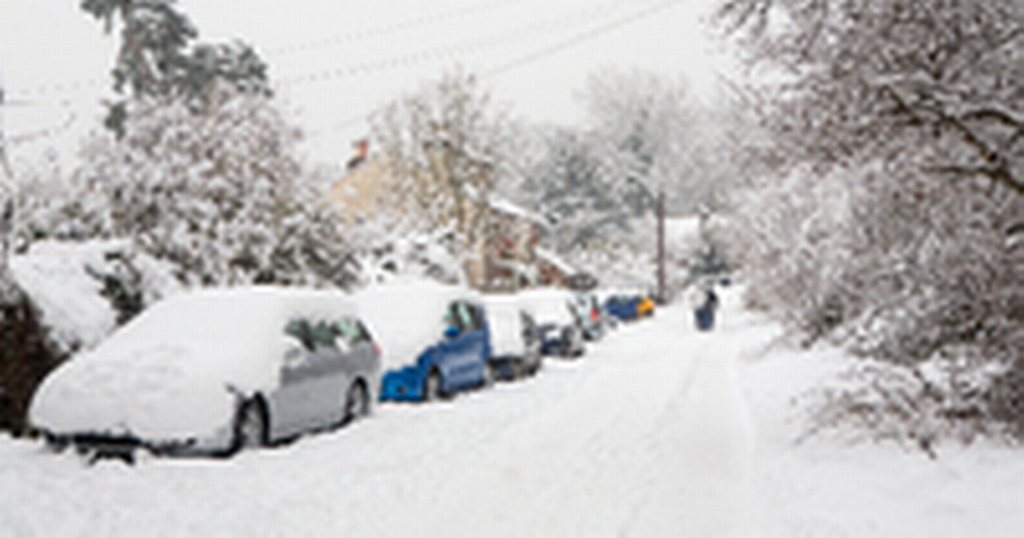 Brits face a week of freezing weather as an arctic blast causes the mercury to plummet to -2C, forecasters have warned.

Met Office experts predict some regions will see snow fall before the end of the week as most regions struggle to stay above freezing point.

The north will be hit hardest where the "heavy and wintry showers" will fall.

Frost is also expected to cover cars and pavements across the north, and other regions, as the week continues.

Most of England will also feel the chill as temperatures across the nation drop.

Some areas will feel the freeze more, like in Wales where an icy -2C is expected.

It will remain bright and sunny for most places, but that sunshine will not indicate warmth.

A Met Office spokesman told the Mirror that deep snow will cover the mountain tops of Scotland on Wednesday before slowly moving southwards over the course of the week.

He said: "This snow will build in for the high ground of Scotland from Wednesday, and will likely persist in high areas through to the weekend.

"Coupled with this will be some gusty winds on Wednesday with up to 50knot gusts possible in the far north.

"That windy theme will persist for the northwest in particular later in the week and in to the weekend."

But despite the incoming Arctic blast, the -2C predicted is not the coldest temperature this year. That record was seen in January and February when weather watchers logged shivering lows of -23C.

The North West can look forward to clear skies and sun but may shiver as the temperatures turn colder.

A chilly start is predicted for Monday morning, followed by a dry and sunny day with clear skies and light winds.

Temperatures look higher than they did yesterday but still sit at a cold 8C.

Overnight cloud will cover the north helping to bump up temperatures but the south will have frost by morning as a minimum 0C looms.

Tuesday morning will see clouds covering the entire region, some thick enough for the odd light shower with maximum temperatures of 9C - around average for November.

Cloud will feature again on Wednesday morning, before outbreaks of rain develop later. But it will become "brighter, breezier and colder" again on Thursday. Risk of rain on Friday.

A bright start to the week in the north-east today but the forecast is cold.

Early showers on the coast will die out by afternoon, with winds easing and maximum temperatures at 7C.

Cloud will cover overnight, with temperatures plummeting to 2C - but avoiding frost even in the most chilly spots.

Tomorrow temperatures will reach 8C - with a largely cloudy but dry day expected. Some Some light rain possible for higher ground in the west at times.

Rain and cloud to hit on Wednesday, with a blustery cold turn for Thursday with showers and freshening winds.

Friday will start cold but turn unsettled and wet over the course of the day.

Monday will be bright but chilly, with the possibility of some early showers dying out by afternoon. Maximum temperatures of 8C

Patchy cloud will increase overnight as the mercury plummets to a minimum 0C as early frost expected for many parts.

Tuesday morning will be cold with temperatures between 8C and 9C but still sunny, though cloud will move in over the day.

The cloud will remain on Wednesday with some rain. On Thursday, freshening winds will appear as the weather turns brighter.

Though Friday will start cold, it's likely to turn unsettled and wet through the day.

Monday will start fine, with plenty of sunshine, with cloud and breezy winds and occasional rain across Kent and Sussex as temperatures reach maximum of 10C.

Tonight will be dry and clear of most, but patchy cloud and isolated showers may feature. As temperatures drop to a minimum 1C, some colder spots will see frost.

A cold, bright start for most on Tuesday, though cloud will cover many through the day. Potential for isolated showers in the far southeast. Top temperatures of 8C.

By midweek fog will make an appearance, with rain later in the day.

On Thursday the weather will again be bright but cold, and low temperatures continuing into Friday before turning unsettled and wet.

Like much of the country, the south west will be sunny and dry today but chilly as cold winds hit, with temperatures maxing out at 10C.

Temperatures will quickly drop under clear skies tonight as winds ease. It will be dry but there is a risk of frost and isolated fog as the mercury plummets to a minimum 0C.

There will be lengthy sunny intervals as Tuesday begins with a cold start. Light winds will accompany average November temperatures at 10C.

Wednesday will start cloudy before rain develops later in the day. On Thursday, it will turn brighter, breezier and colder, with a risk of more rain on Friday.

Wales will follow other regions as it starts with a chilly start today, but sunny and dry with maximum temperatures of 10C.

There is a risk of frost across the country under clear skies and light winds as temperatures drop to -2C.

Tuesday will start cold, with sunshine in the south but turning cloudy in the north with some showers.

Temperatures will be at the November average around 10C.

Cloudy to start on Wednesday before outbreaks of rain develop later. It will turn brighter, breezier, and colder again on Thursday, with a risk of further rain on Friday.

This morning Scots woke up to a cold and frosty start with temperatures as low as -2 Celsius in the borders, according to the Met Office.

The Met Office expects overnight frosts to continue as the Highlands saw a chilly low of -4 Celsius last night.

Met Office's forecast for Wednesday and Thursday mentions wintry weather: "Settled with fog in the southeast at first. Rain spreading south, with sunshine and blustery showers following, wintry in the north.

As for Friday, the Met Office predicts "unsettled weather" in the form of cloud, rain and strong winds as some rain will become "snow on higher ground in the north."

Northern Ireland will be dry with sunny spells today, becoming cloudy this afternoon.

The chilly temperatures this morning with recover as the day goes on, reaching up to 9C.

Tonight will be dry and cloudy, breaking at a few points. Isolated mist and fog will form below clear skies as temperatures stay above 3C.

Rain at first then sunny spells and scattered showers on Wednesday and Thursday.