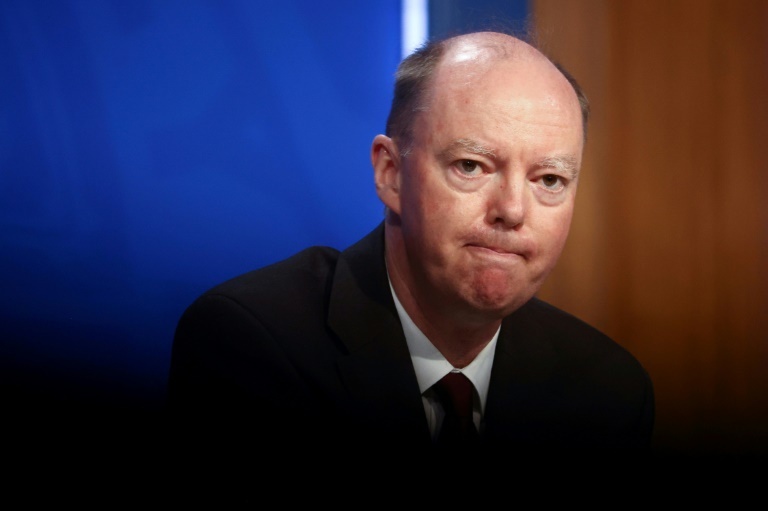 London (AFP) - All children aged 12-15 should be offered Covid-19 vaccinations, but not be obliged to take them, the chief medical officers who advise the UK's four governments said on Monday.

Britain has been one of the country's hardest hit by Covid-19, recording more than 134,000 deaths of those catching the disease.

Despite a succesful vaccination programme, case rates remain stubbornly high due to the emergence of the Delta variant, and officials are anxious about them rising further now that schools have returned after the summer break.

Vaccinating children has become a thorny issue, despite other countries pushing ahead with jabs for youngsters.

The Joint Committee on Vaccination and Immunisation (JCVI), which advises UK health departments on immunisation, currently says the "margin of benefit, based primarily on a health perspective, is considered too small to support advice on a universal programme of vaccination of otherwise healthy 12 to 15-year-old children at this time".

But the chief medical officers (CMO) of England, Scotland, Wales and Northern Ireland said the vaccines should be made available, after taking into account wider issues such as education and mental health.

The CMOs said vaccinating 12-15 year-olds "will help reduce transmission of Covid-19 in schools", with around three million children potentially eligible for the first dose of the Pfizer vaccine.

"Covid-19 is a disease which can be very effectively transmitted by mass spreading events, especially with the Delta variant," they said.

"Having a significant proportion of pupils vaccinated is likely to reduce the probability of such events which are likely to cause local outbreaks in, or associated with, schools.

"They will also reduce the chance an individual child gets Covid-19.This means vaccination is likely to reduce (but not eliminate) education disruption," they added.

Chris Whitty, CMO for England, later told a news conference that it had been "obviously a difficult decision" but that "the disruption in education that has happened in the last period has been extraordinarily difficult for children".

Their current plan is for the children to receive just one shot of the Pfizer-BioNTech jab, with the JCVI asked to gather data on whether a second dose is warranted.

The JCVI's advice against giving teenagers shots was based on balancing the health risks of catching Covid with "increasingly robust evidence" that the Pfizer vaccine is linked to rare cases of heart condition myocarditis.

But it said the governments should take further advice, taking into account the wider issues.

The four governments of the UK wrote to the health officials earlier this month, telling them, "we will consider the advice from the CMOs of the 4 nations, building on the JCVI's advice, in making our decision."

It is now assumed the government will follow the advice, but there is still a potential flashpoint ahead when it has to decide whether children can get the jab without a parent's consent.

Whitty said that in the "great majority of cases, children and parents come to the same decision", but accepted that there was "some debate" about what to do in the event of a clash between children and their parents.