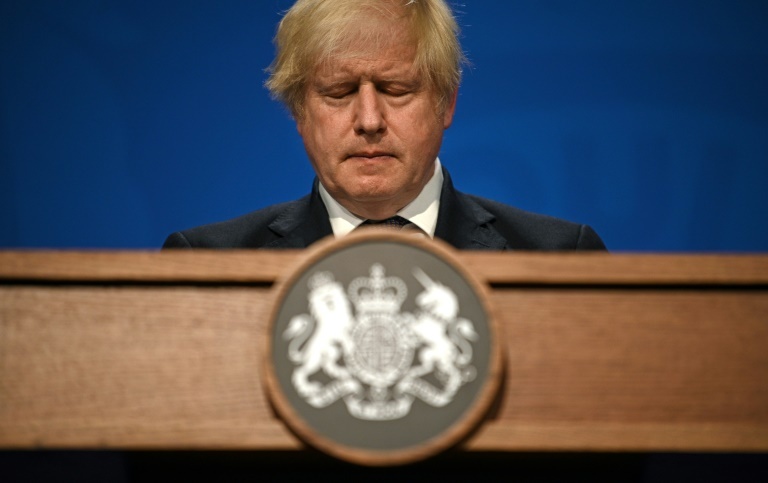 London (AFP) - British government delays locking down society when Covid-19 hit last year were "one of the most important public health failures" in the country's history, a parliamentary report said Tuesday.

In a damning assessment, a cross-party group of British MPs found government pandemic planning was too focused on flu and had failed to learn the lessons from the prior Sars, Mers and Ebola outbreaks.

The study, published by two parliamentary watchdog committees after months of hearings, comes ahead of an independent public inquiry into the government's coronavirus handling due to begin next year.

Britain has been hit hard by the crisis, with nearly 138,000 Covid-19 deaths since March last year, raising questions about why it has fared worse than other nations.

MPs on two parliamentary committees said the government had waited too long to push through lockdown measures in early 2020.

Leading advisors had pushed a "deliberate policy" to take a "gradual and incremental approach" to interventions such as social distancing, isolation and lockdowns, said the report.

That approach had been proved "wrong" and cost lives, they noted.

"Decisions on lockdowns and social distancing during the early weeks of the pandemic -- and the advice that led to them -- rank as one of the most important public health failures the United Kingdom has ever experienced," they wrote.

There was a "policy approach of fatalism about the prospects for Covid in the community", which contributed to the failures.

Government planning for a pandemic was also misplaced and too "narrowly and inflexibly based on a flu model", while ministers and advisers were accused of "groupthink" by some experts, according to the report.

"The Government took seriously scientific advice but there should have been more challenge from all to the early UK consensus that delayed a more comprehensive lockdown," it stated.

Britain had also been too slow to introduce the isolation of infected people and their households, and mistakenly implemented "light-touch border controls" only on countries with high Covid rates.

The panel took evidence from a range of figures, including Prime Minister Boris Johnson's controversial former chief adviser Dominic Cummings, who assailed his ex-boss's handling of the crisis.

Johnson has also faced criticism over his refusal to start the public inquiry sooner.

The British leader announced in May that the probe would go ahead and examine his government's actions "as rigorously and as candidly as possible and to learn every lesson for the future".

But he has refused to allow it to begin before spring next year, arguing the inquiry could hamper the country's ongoing pandemic response.