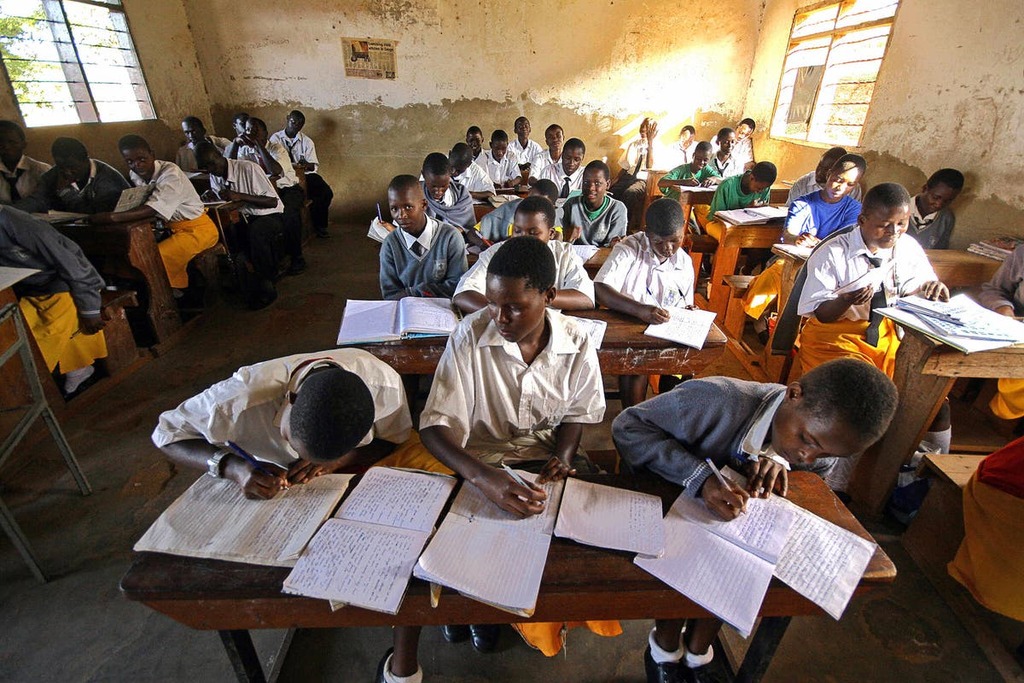 Schools have reopened in Uganda after being closed for nearly two years, ending the world’s longest education disruption due to the Covid pandemic.

The reopening caused traffic congestion in some parts of the capital, Kampala, and students could be seen carrying their mattresses in the streets, a back-to-boarding school phenomenon.

Uganda’s schools have been fully or partially shut for more than 83 weeks, affecting more than 10 million pupils, according to figures from the UN.

Education minister John Muyingo said all students would automatically resume classes a year above where they left off.

“All schools have implemented guidelines and standard operating procedures to ensure the safe return of children to schools, and measures have been put in place to ensure those who don’t comply do so,” he told AFP.

Ugandan authorities have waived any Covid test requirements for students.

The east African country of 44 million people first shut down its schools in March 2020, shortly after the first coronavirus case was confirmed on the African continent.

Some classes were reopened to students in February 2021, but a total lockdown was imposed again in June as the country faced its first major surge.

One parent, Felix Okot, said the country’s schools could not “wait forever” for the pandemic to end.

The protracted school lockdown proved controversial in a country where measures aimed at stemming the spread of the virus were ignored by many, and child rights groups had criticised the shutdown.

Many students returning to the classroom are believed to have had no support during the lockdown, and most schools were unable to offer virtual lessons.

Save the Children welcomed the reopening but warned that “lost learning may lead to high dropout rates in the coming weeks without urgent action”, including what it called “catch-up clubs”.

Campaigners also fear many students might not return to school because they took up jobs to support their families during the pandemic, or in some cases, fell pregnant. On the streets of cities such as Kampala, young boys can be seen selling goods on the streets, while in rural areas, more and more children are said to be working in industries such as mining and sugarcane planting.

As many as 30 per cent of students are not expected to return to education due to pregnancy, early marriage and child labour, according to Uganda’s national planning authority.

It remains to be seen how long Uganda’s schools will remain open, with an alarming rise in coronavirus cases in recent days.

In the past week health authorities have been reporting a daily positivity rate in excess of 10 per cent, up from virtually zero in December.

President Yoweri Museveni – an authoritarian who has held power for 36 years and whose wife is the education minister – has warned of a possible new lockdown if intensive care units reach 50 per cent occupancy.

In total, Uganda has recorded 153,762 Covid cases and 3,339 deaths, according to the latest government figures issued on 7 January.