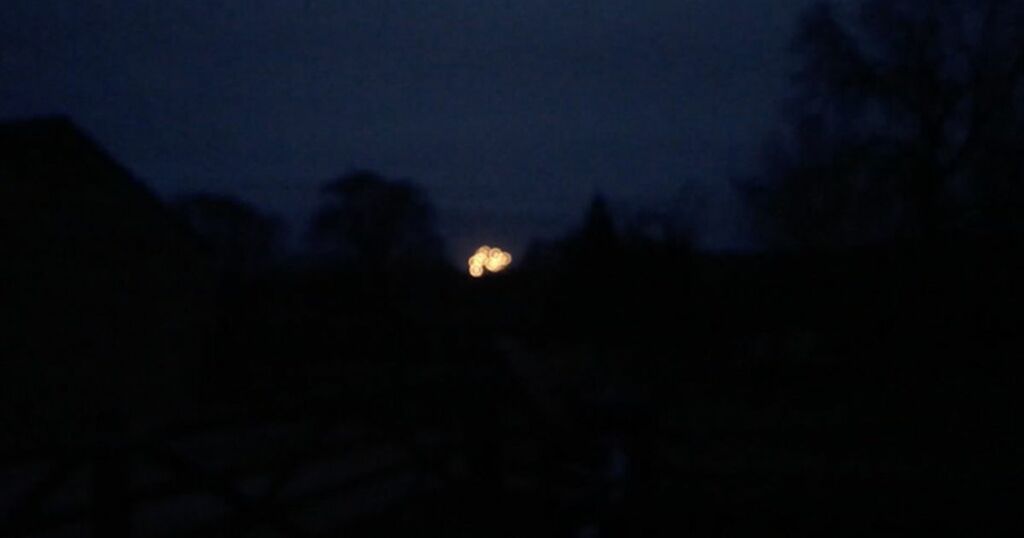 Yorkshire appears to be a hot-bed for UFO encounters with hundreds reported in the past 20 years alone, it has been said.

That number seems to be rising with more and more people coming forward to talk of their unearthly sky-gazing experiences, according to YorkshireLive.

The county could be the UK's go-to place for potential extra terrestrial sightings, with the last claim coming just weeks ago.

A "large orange glowing ball of light" was spotted in Otley, west Yorkshire, late this summer and it's the latest in a long line of reports that have been officially recorded.

Sightings of peculiar-looking lights in Yorkshire are on the increase and local UFO and paranormal specialists have a theories as to why the mysterious objects like the area so much.

In September, a strange triangular light moves across the night sky over Kingston-upon-Hull in Humberside.

Paranormal investigator, Brian from Exploring The Unknown, thinks he knows why Yorkshire has many of the UK's reports are in the same area.

He says he has accidentally stumbled across UFOs numerous times in his efforts to explore abandoned buildings for spiritual answers.

He said: “They’re drawn to Yorkshire due to the peak we are at height-wise in comparison with other parts of the country. Plus, our wide-open spaces and old abandoned, disused military bases.

"There are 100s of abandoned bases, bunkers, RAF flight tracks and all sorts. A lot of these locations aren't fully known by people as they are well hidden.

“Primarily these locations are used by urban explorers or paranormal enthusiasts for videos, or those who celebrate the history and believe in UFOs. They’re drawn to those places for those reasons.

“One location I was at a few weeks ago, we had viewed four UFOs. We knew they weren’t commercial flights because they were flying in the same path directly next to each other. And they definitely weren’t military because of the lack of noise. They were silent.”

He added, "I felt like I was been watched."

The most recent Yorkshire UFO sightings

A large orange glowing ball of light around 300ft high was spotted moving north to south in a very smooth manor at around 11:30 at night.

Four black objects were seen in a diamond formation travelling upwards and slowly out of view at around 8:30 at night.

An unexplained black triangle shape was observed with no lights or noise for around five minutes at 10:12 at night.

A silver sausage-shaped object approximately 600ft long was spotted. It began turning black and then disappeared at around 13:36.

Two thin, black and curved elongated triangles were seen flying above and then stopped in mid-air at around 12:55 at night.