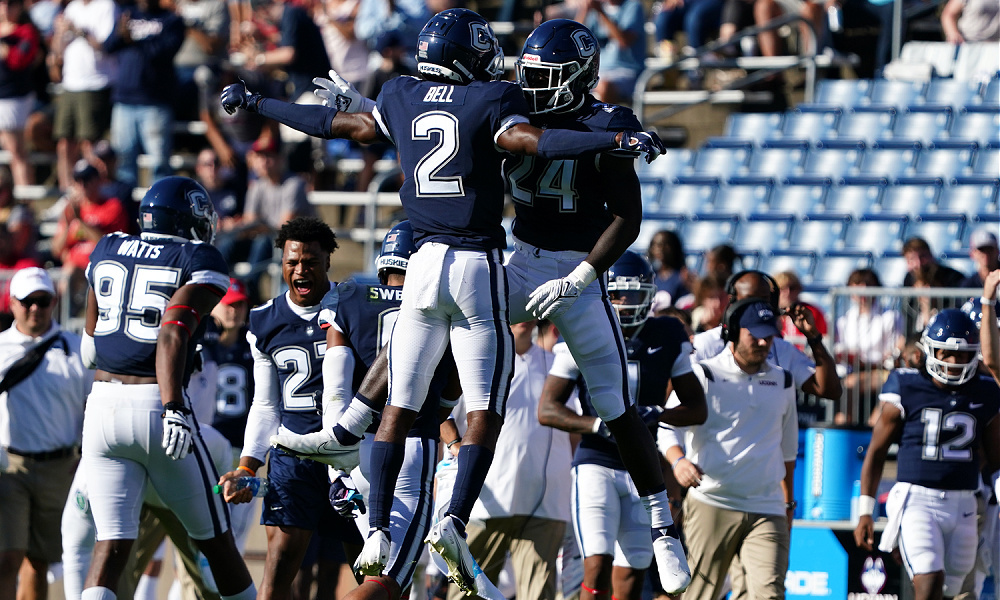 UConn vs UMass How To Watch

Why UConn Will Win

It’s been a long, long time since the Huskies have beaten an FBS team – 2018 – but the passing game hit Vanderbilt for 331 yards in last week’s heartbreaking loss, the running game has at least hit 100 yards in each of the last four games, and the team has a few playmakers to produce against the nation’s worst scoring defense and second-worst overall D.

UMass is bad against the pass, worse against the run, and the offense isn’t able to keep up with anyone. However …

Why UMass Will Win

It’s not like UConn is a high-octane fun show.

The offense is slightly functional, but it’s not going to come out and hang 28 on the board in the first quarter. It has a wildly inefficient passing attack, the offense as a whole is only averaging 270 yards per game, and the defense isn’t able to do much of anything on third downs to get off the field.

The UMass offensive line is playing reasonably well when it comes to keeping defenses out of the backfield and there’s a decent return game, but …

UConn has been competitive and UMass hasn’t been.

The big problem – in the real world more than for something silly like football – is the absence of UConn head coach Lou Spanos and two other coaches with covid problems. Even so, the Huskies have more on offense and the D will be just a wee bit better.