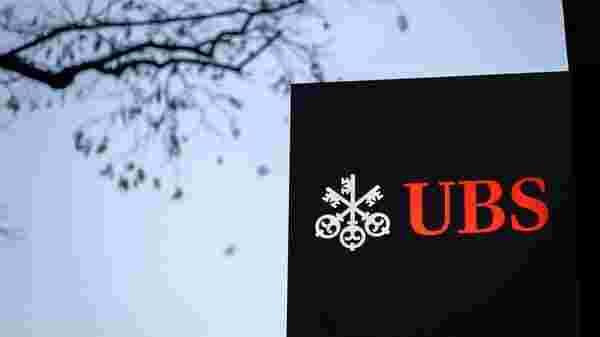 UBS Group AG doubled profit in its U.S. wealth business over the past five years by wooing rich families with white-glove service. For its next act, it is going after the not-as-rich with cheaper digital advice.

The Swiss bank bills itself as one of the world’s largest wealth managers, with access to more than half of all billionaires, and managing $3.2 trillion invested assets. It was on track at the end of the third quarter to make $2 billion in pretax profit in its Americas wealth unit for 2021.

Now, UBS is heading down the wealth curve to open up a bigger profit pool—people who have $250,000 to $2 million to invest but don’t want to trade their own portfolios or hire a financial adviser. The target audience is the roughly two million people who already have workplace stock and retirement programs managed by UBS but little other contact.

That strategy puts it in direct competition with mass-market rivals such as Fidelity Investments and Charles Schwab Corp., as well as Morgan Stanley’s wealth management unit.

UBS wants to give these well-off customers digital advice through their devices. Advisers will be on hand by video to talk about big investments or planning for life events, gut checks UBS has found most investors still want. The secret sauce, UBS says, will be streams of investment ideas from its chief investment office, a global team of 200 market forecasters.

The new platform is a test case for UBS’s digital-savvy chief executive, Ralph Hamers. He joined in 2020 after three decades at ING Groep NV, a pioneer in scaling up through online-only banking.

An earlier digital-human channel UBS developed, called My Way, tripled invested assets last year to $5.1 billion, Mr. Hamers told analysts in October. It lets customers in Switzerland and other parts of Europe and Asia build and maintain portfolios in online sessions with advisers and UBS research.

Consultants said the new U.S. push takes a cue from rival Morgan Stanley, which has successfully brought on new customers by managing company stock-compensation programs, then getting those clients to pay up for more lucrative services.

On Friday, analysts at BNP Paribas raised their rating on UBS stock to outperform from neutral, saying the digital-wealth project could be a game changer.

“They are going to be getting great UBS content, great UBS intellectual capital, just delivered to them in a different way," said Tom Naratil, president Americas at UBS. He said UBS has a global perspective and capabilities that U.S. wealth managers don’t, and “that’s our real differentiator in the U.S."

UBS enlarged its footprint in the U.S. when it bought the U.S. brokerage PaineWebber in 2000. It took the brokerage more upscale, trading off UBS’s global reputation. UBS also got into hot water with regulators and admitted in 2009 to helping thousands of U.S. clients hide income from tax authorities.

The bank stored up deferred tax assets in the U.S. after huge annual losses in the 2007-08 global financial crisis, meaning earnings there go to the bottom line, an incentive to make more of its profit in the country. The BNP Paribas analysts on Friday said those tax assets don’t seem to be getting valued in UBS’s stock price, which has performed better than most European peers but trades at a discount to big U.S. banks.

Some in an old guard at the bank previously were cautious on the so-called mass affluent market, fearing it would diminish UBS’s exclusive allure. Shortly before Mr. Hamers took over, former CEO Sergio Ermotti said UBS was focusing on the richest Americans and didn’t need to follow U.S. wealth rivals going “downstream." At home in Switzerland, UBS has clients at all ends of the spectrum but maintains a more exclusive brand elsewhere.

US rivals have continued bulking up. According to William Whitt, strategic adviser at Aite-Novarica Group, online and discount brokerages such as Schwab and Fidelity have been raking in the most digitally advised assets, with around $118 billion at the end of 2020.

Startups and digital financial institutions like Betterment advised on $86 billion at the end 2020, while full-service advisory firms such as Morgan Stanley and Merrill Lynch trailed with only around $37 billion. Aite-Novarica anticipates the market is growing 32% a year and will reach $960 billion in 2025.

At the $250,000 to $2 million level for the new platform, “they’re going for the very top of where the sweet spot is for a hybrid digital offering," Mr. Whitt said.