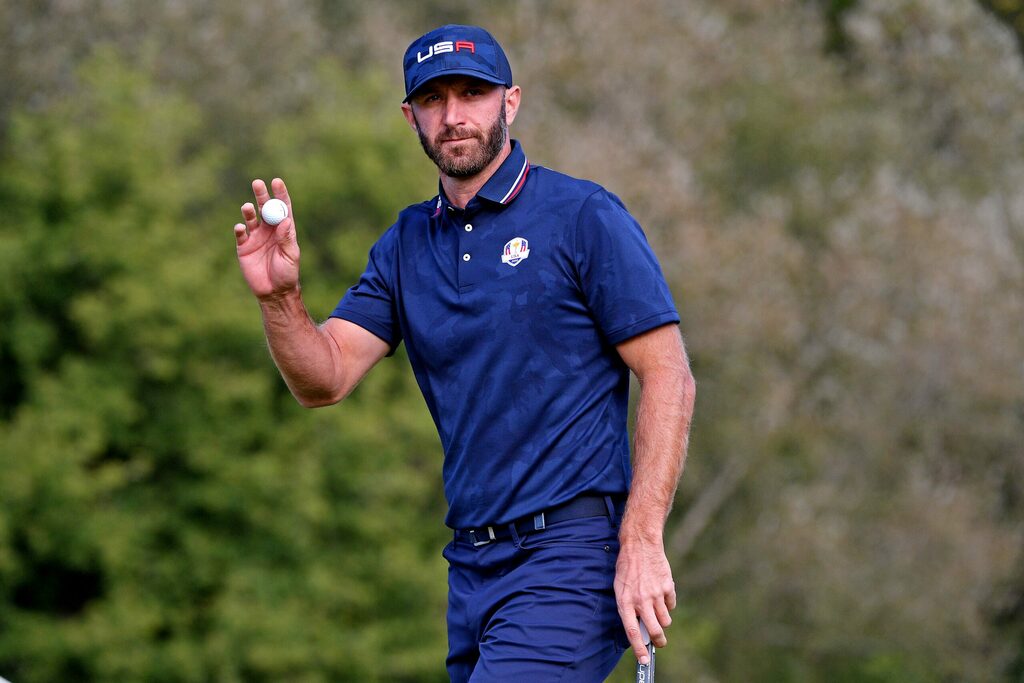 LAS VEGAS – Can you picture Dustin Johnson being a Ryder Cup captain?

“I would love to do it one day,” he said Wednesday after his pro-am in the CJ Cup at The Summit Club. “I think it would be fun. I think I would be a good captain.

“It’s something that I definitely would like to do at some point.”

Not for some time, mind you. Yes, he’s 37, but he’s ranked No. 2 in the world and certainly remains talented enough to add to his trophy case already home to two major championships and 24 PGA Tour titles.

And he just went 5-0-0 in the Ryder Cup as Team USA whipped Europe. It was his fifth Ryder Cup and he’s now 12-9-0 in the event. He’s certainly capable of playing the biennial tussle into the 2030s.

But back to the captaincy. Johnson’s uncluttered mind and carefree demeanor could be a perfect combination to lead the U.S. troops sometime down the line. While some in golf circles have questioned Johnson’s intelligence and point to a few infamous gaffes on the course and his distance appearance during interviews, past U.S. Amateur champion Colt Knost said his friend is like Rain Man with it comes to his golf IQ and his mind should be considered a strength.

And his simplistic approach to the game could work nicely in the intense pressure of the Ryder Cup. Johnson said he thinks he’d be a good captain because he would keep things simple.

“Well, I feel like I would let the guys just do their thing,” he said. “I think that’s most important. The players are very good, I don’t need to tell them how to play a golf course or tell them what to do, but just put them in the situation where they can succeed. I feel like I’ve got a good relationship with most of the players out here, and hopefully I’ll be out here long enough to where I’ll know the guys that are going to be on the team.”