The 26-foot-tall (8-meter-tall) copper sculpture has been on display at the University of Hong Kong for more than two decades. It depicts dozens of torn and twisted bodies symbolizing those killed in China's Tiananmen Square crackdown on pro-democracy protests in 1989.

Law firm Mayer Brown, which had previously described the case as a "real estate matter," said on Friday it "will not be representing its long-time client (the university) in this matter. We have no further comment."

The law firm, one of the biggest in the United States, found itself caught between international public outrage and the sensitivities of doing business in China.

The University of Hong Kong did not immediately reply to request for comment.

The sculpture known as the "Pillar of Shame" is one of the few remaining public symbols of the Tiananmen Square episode, which is a taboo topic in mainland China and cannot be publicly commemorated there.

The Danish sculptor loaned the statue in perpetuity to a Hong Kong civil society group that disbanded last month with some members accused of national security offenses. On behalf of the university, the law firm asked the group in a letter to remove the sculpture by Wednesday, which did not occur.

In response to criticism, Mayer Brown said earlier this week, "Our legal advice is not intended as commentary on current or historical events."

(Reporting by David Thomas in Chicago; Editing by Rebekah Mintzer and Cynthia Osterman) 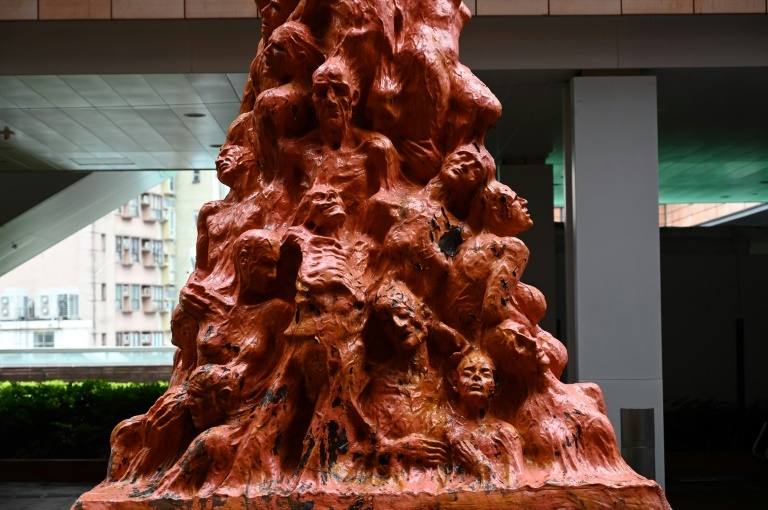