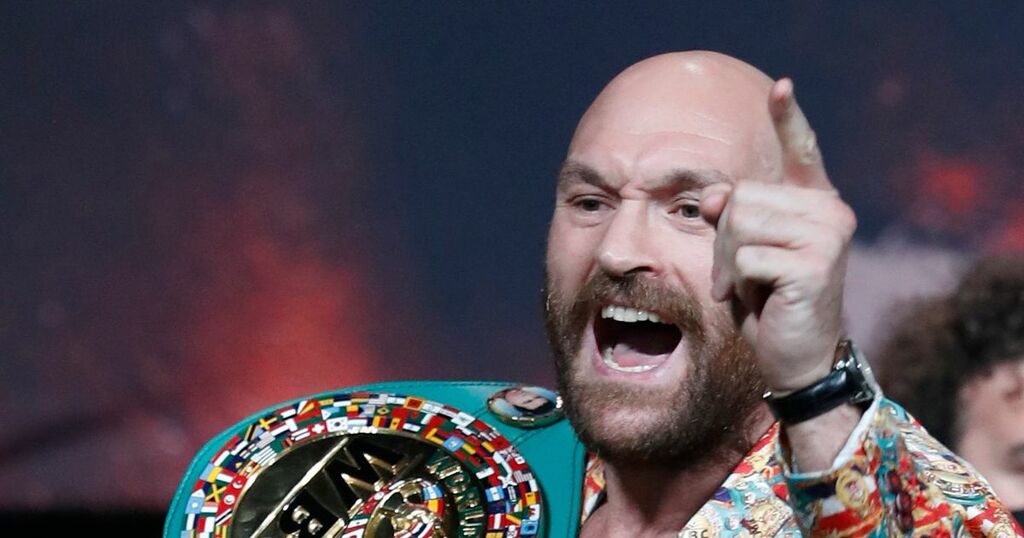 Tyson Fury's third fight with Deontay Wilder could have been cancelled had the rivals been allowed to face off.

That is the view of Fury's promoter Bob Arum who stepped in to ensure the heavyweights were kept apart after their press conference last night.

The pair had traded violent insults towards the end of the event before it was announced by host Kate Abdo that the warring duo would come face to face.

But both Arum and Fury's co-promoter Frank Warren furiously signalled that it was not to take place.

And Arum later said: "They understand was no face-off; [promoter] Tom Brown argued with [TV network] FOX, we said no face-off and what did she say? 'Now we're going to do a face-off'.

"There was no face-off and we saved the fight."

Before their row, Fury and Wilder reignited their argument over the cheating allegations levelled at the champion.

Wilder has accused Fury of tampering with his gloves ahead of their second fight which the Brit won by stoppage in the seventh round.

And he said: "I don’t regret [making the claims] and I will go to my grave believing it because I have confirmation and clarity. Men and women lie but the eyes can’t, the eyes don’t lie.

"I am now a better man and fighter because if what I have learned and no, I will take nothing back, I needed it, it was a blessing in disguise."

Fury has consistently denied the allegations and believe they show Wilder has failed to move on from his first career defeat.

"I don’t care, because it is coming from an unwell person," he said.

"He blamed me, his trainer, his costume, the referee, the commission, one might have been believable but not 50.

"It just tells me he is a mentally weak little person who I am going to beat again. I obliterated him in the rematch and he is getting it again."

Fury and Wilder fought to a controversial draw in 2018 when Fury was dropped twice before being denied victory by the judges.

He changed trainers and tactics for last year's rematch and dropped Wilder in the third and fifth rounds before the American's corner threw in the towel in the seventh session.