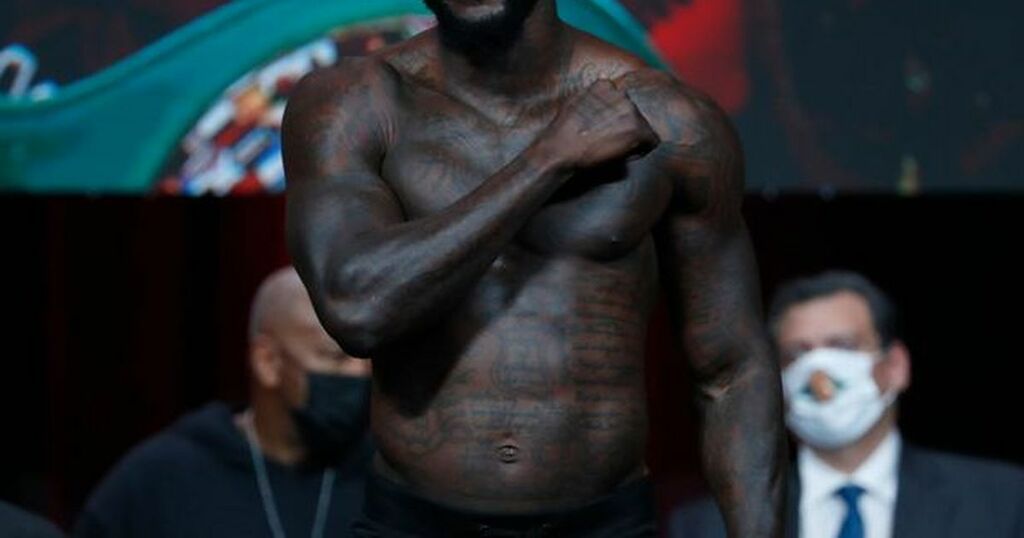 Tyson Fury vs Deontay Wilder has been DELAYED as American has 'issue with his gloves'.

The American is said to be having issues with getting his gloves in.

We're still currently waiting for Wilder to walk to the ring - which he should have done at 4:30am UK time.

This, coming after Wilder criticised Fury of cheating in their last fight, flagging an issue with Fury's gloves, saying the horse hair he has used to pad them with makes them 'thinner'.

But the complaint won't put Saturday night's bout at the T-Mobile Arena in Las Vegas in jeopardy, with the Nevada State Athletic Commission insisting the gloves are okay to use.

The news has even led to Wilder dramatically deciding to now wear Everlast MX gloves in an effort to ensure the bout is fought on a "fair playing ground", although he has told 78SportsTV that he doesn't agree with the commission's ruling.

We're expecting Wilder within the next few minutes.