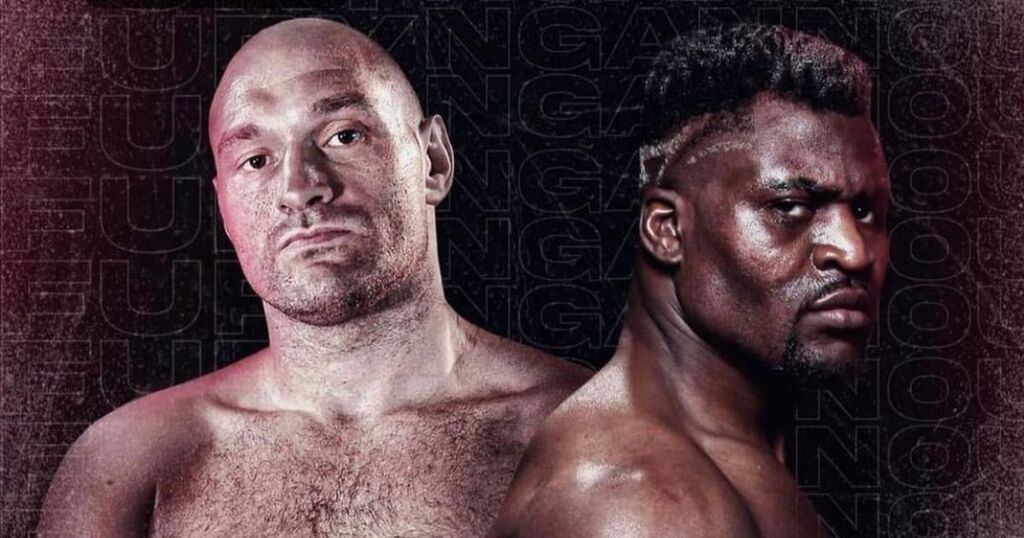 Todd DuBoef, the president of Top Rank, told the Sports Business Journal the fight could be made easier due to both parties having media rights tied to ESPN.

UFC parted ways with their longtime broadcast network FOX in 2018 and signed a deal worth $1.5 billion over five years with ESPN.

DuBoef also added he thinks a fight between the two heavyweight giants would "do really well".

A crossover fight would mean UFC boss Dana White and Top Rank CEO Bob Arum would be forced to put their bitter feud aside together to work together.

Talks of a fight between WBC heavyweight champion Fury and Ngannou have come after the UFC star expressed his desire to compete in boxing.

Ngannou defends his heavyweight title for the first time at UFC 270 on January 22 against his former sparring partner and interim titleholder, Ciryl Gane.

Currently on the last fight of his UFC deal, Ngannou will owe the UFC another fight if he wins against Gane due to the 'champions clause' but will be a free agent if he loses.

Fury teased a fight with Ngannou by uploading a mock-up fighter poster and writing: "Who would like to see me fight this beast boxing rules, UFC gloves?"

'The Predator' replied to Fury's call-out with a set of his own unique demands, writing: "How about MMA rules with boxing gloves? I can do you that favour."

Ngannou refused to sign a new UFC deal last year after feeling "unprotected" in certain terms of the contract.

Should Francis Ngannou leave the UFC for boxing? Let us know your thoughts in the comments section below

The Cameroonian has demanded a clause in a new contract that would allow him to box heavyweight stars such as Fury and Anthony Joshua.

But UFC president Dana White told Ngannou he was " free to leave " after his current deal runs out with the promotion.

And of his plans to step into the ring, Ngannou told TMZ : “It's always been down the line.

"This is something I'm not taking my eyes off of, it's going to happen, either way. Even if, when the UFC and I finalise a deal, the boxing part has to be in it.

"I can't see myself retiring without boxing. Tyson Fury, Deontay Wilder. I would like to test myself to that level."

The only UFC fighter to be granted an exemption to box was Conor McGregor in 2017, who was stopped by ring legend Floyd Mayweather in the crossover bout.