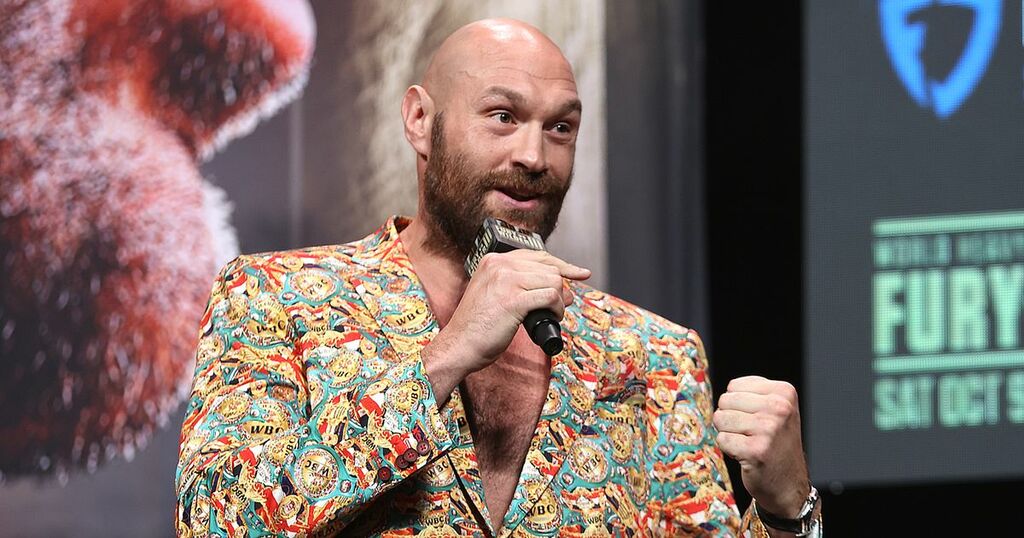 Tyson Fury caused red faces all round after he failed to show up for a live broadcast with Good Morning Britain.

GMB hosts Ben Shephard and Kate Garraway were left trying to fill in the gaps after Tyson's no show ahead of his fight in Vegas this weekend.

The duo spoke to Tyson's boxing promoter Frank Warren live from Las Vegas and Kate said: "Good Morning. Nice to speak to you this morning. We're hunting around hotel rooms are we for Tyson right now?

An embarrassed looking Frank told her: "No, he's in his house and we're trying to get him now, I don't know what's happened, we're working on it.

"Unfortunately I'm not with him, I'm on the strip and he's bought a house out here so he's at home."

Kate then tried to ask Frank if he ever felt like he was Tyson's parent as well as his manager.

She said: "You're so experienced Frank in all of this, we were wondering if your role in all of this is part the brilliant promoter and manager and all of that that you are, and also part parent that you have to slightly parent him.

Frank replied: "No not at all, he's a big boy now. The difference in Tyson over the last few years has been amazing and he's in an amazing place at the moment, both physically and mentally."

He said: "Frank before we let you go, and I know we're still trying to hunt down Tyson...

"Hopefully he did go home last night and he's not out on the strip enjoying himself!"