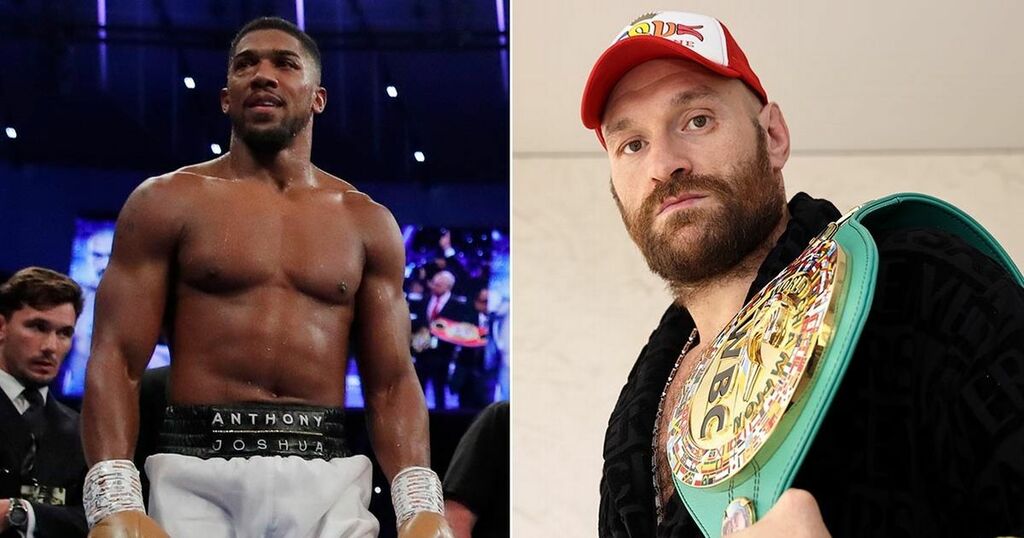 Tyson Fury has once again offered to train Anthony Joshua for his rematch with Oleksandr Usyk, saying he knows what needs to be done to beat the Ukrainian.

Fury has said that his offer is predicated on winning his won world title defence on Saturday night against Deontay Wilder at the T-Mobile Arena in Las Vegas.

But should he get the job done, which he is favourite to do, he says that he can offer a unique perspective to his fellow Brit Joshua for his second bout with Usyk.

"That's a fact. And I would be open to doing it. I'd be very open to me and SugarHill training him.

"I'd do it for free, because I don't need the money. I wouldn't take his money anyway, we would take on that challenge no problem.

And Fury has "guaranteed he would beat" Usyk under his tutelage, saying that he could provide him with the right mental preparation.

Joshua's corner team, headed by Rob McCracken, have come under criticism after footage emerged of them telling Joshua that he was boxing brilliantly while he was clearly losing rounds to Usyk.

But Fury says that he doesn't have a "game plan" for Joshua, instead saying that he could simply provide the Watford native with the correct information necessary to beat Usyk.

And while he wouldn't be drawn on what exactly he would tell Joshua, Fury insisted that his coaching would help Joshua to get his win back over the former undisputed cruiserweight champion.

"I tell you what I'd do with him," Fury continued. "I'd give him the right information to beat Usyk. I'm not going to say what, I think everybody knows.

Would you like to see Tyson Fury train Anthony Joshua for his rematch with Oleksandr Usyk? Let us know in the comments section!

"You've got to train for it, you can't just do. It's not just like saying 'do this, do that' and then doing it, you have to train to do it."

Fury added in a later interview with IFLTV that he feels he would help Joshua to develop the "mental toughness" to get the victory.

"I could give him the right instructions to do the job. It's not that his own trainer can't, but there is a way that you can beat Usyk and only I can teach him that."

Fury has defended McCracken against criticism over Joshua's coaching, saying that certain calls for him to be sacked are "harsh".

Fury believes that he should be given some credit, given that he knows what works for Joshua after training with him for a number of years.