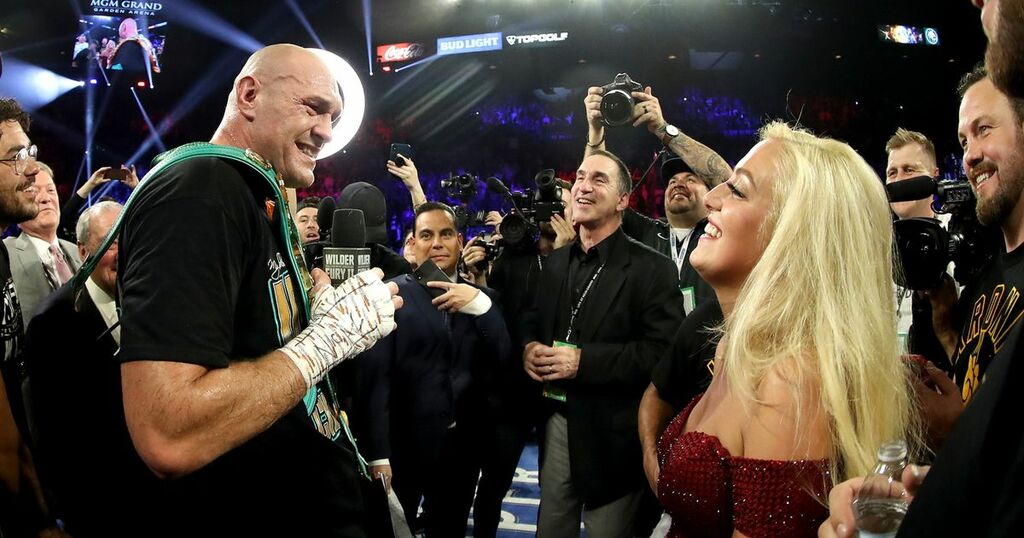 Tyson Fury has admitted he hasn't been "the best husband in the world" to wife Paris during their marriage.

The pair married in 2008 after meeting when they were in their teens, and recently welcomed their sixth child Athena.

But it hasn't always been plain sailing in the Fury household, with the world heavyweight champion admitting that he has sometimes been a bad husband to Paris.

He almost ended his life after winning the unified world titles from Wladimir Klitschko in 2015 after severe struggles with mental health.

But has come out the other side, and is currently preparing for his first ever world title defence against Deontay Wilder in a trilogy bout next month.

"I've not been the best husband in the world," Fury admitted in an interview with Gary Neville on his show The Overlap. "I've been far from it.

"I've not been the best person in the world - I've been far from it but I'm happy that I'm back on track and everything's running smooth again.

"And to get a woman who's been with you all that time and gone through the bulls***," he continued. "The good times and the bad times.

"[For her] to still be there when you don't want to be and when you're being forced away and you're being pushed out, that takes a very strong individual.

"And like I say, without having that person, [I would] probably want to be dead anyway."

And the 6"9' heavyweight says that he views Paris as the most significant mentor in his life.

Will Tyson Fury beat Deontay Wilder on October 9? Let us know in the comments!

"My biggest mentor in my career is probably me wife," Fury explained. "Because without her, I would have probably went AWOL a long time ago.

"I've been AWOL anyway plenty of times but I've always had that loving wife relationship, sort of the backbone.

"She explains it to some people as I'm the head but she's the neck and without a neck, you've got no head, have you? I think she's the biggest single mentor I've ever had."

Fury will make the first defence of his WBC heavyweight title when he fights Wilder for the third time on October 9 in Vegas.

The trilogy was originally scheduled for July 24 but was postponed after Fury tested positive for Covid-19.

Along with battling coronavirus, Fury had to delay his training camp because his daughter was forced into an intensive care unit shortly after her birth.

And to be closer with his family as his daughter recovers from illness, Fury decided to move his fight preparations to Morecambe instead of Vegas.

Fury and Wilder first fought to a controversial split draw in December 2018, with many experts claiming that he had handily won despite being dropped twice.

The two would later meet in February 2020 when Fury handed Wilder his first professional loss by way of a seventh round knockout.

Fury was signed to fight British rival Anthony Joshua on August 14 in Saudi Arabia, but an arbitration judge ruled that Wilder was entitled to a trilogy with Fury which scrapped the highly-anticipated unification bout.