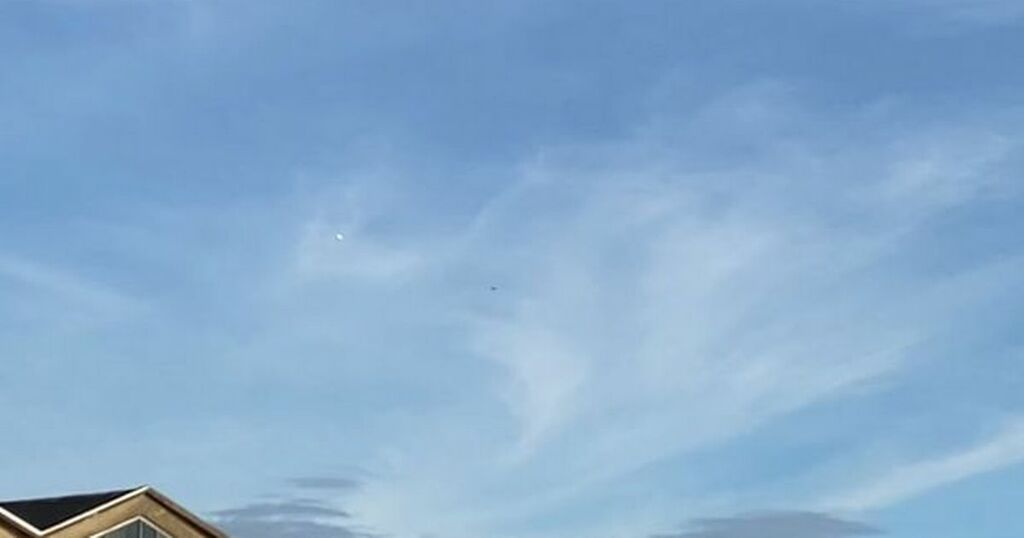 A Glaswegian managed to film two 'UFOs' in the sky above Glasgow and claims they 'went straight up into orbit simultaneously'.

The joiner, who wishes to remain anonymous, says his pal spotted the unusual objects just after 11.05am today (Monday) when they were working at the Dalmarnock Wastewater Treatment Works in the east of the city.

He told the Daily Record: “I looked up and thought they were two drones hovering for about three minutes. We then realised there was a police helicopter which had stopped dead behind us.

"I’m not sure if it was just a coincidence that was there or not.

“After we stopped filming, the objects went straight up into orbit simultaneously. They did not shoot up but went up gradually. I’d stopped filming as I thought I’d better get on with work.

The video clip shows a darker object lower in the sky with flashes of light coming from it, while the higher object is white but also appears to shimmer at times.

The footage has been shared on social media but the man says no one has been able to confirm exactly what the objects are yet.

He also initially suspected they may have been helium balloons but reckons the objects were too big for that.

What do you think the objects were? You can watch the footage in the video player above and let us know in the comments