Two satellites just avoided a head-on smash. How close did they come to disaster?

It appears we have missed another close call between two satellites – but how close did we really come to a catastrophic event in space?

It all began with a series of tweets from LeoLabs, a company that uses radar to track satellites and debris in space. It predicted that two obsolete satellites orbiting Earth had a 1 in 100 chance of an almost direct head-on collision at 9:39am AEST on 30 January, with potentially devastating consequences.

LeoLabs estimated that the satellites could pass within 15-30m of one another. Neither satellite could be controlled or moved. All we could do was watch whatever unfolded above us.

Collisions in space can be disastrous and can send high-speed debris in all directions. This endangers other satellites, future launches, and especially crewed space missions.

As a point of reference, NASA often moves the International Space Station when the risk of collision is just 1 in 100,000. Last year the European Space Agency moved one of its satellites when the likelihood of collision with a SpaceX satellite was estimated at 1 in 50,000. However, this increased to 1 in 1,000 when the US Air Force, which maintains perhaps the most comprehensive catalogue of satellites, provided more detailed information.

Read more: You, me and debris: Australia should help clear 'space junk'

Following LeoLabs’ warning, other organisations such as the Aerospace Corporation began to provide similarly worrying predictions. In contrast, calculations based on publicly available data were far more optimistic. Neither the US Air Force nor NASA issued any warning.

This was notable, as the United States had a role in the launch of both satellites involved in the near-miss. The first is the Infrared Astronomical Satellite (IRAS), a large space telescope weighing around a tonne and launched in 1983. It successfully completed its mission later that year and has floated dormant ever since.

The second satellite has a slightly more intriguing story. Known as GGSE-4, it is a formerly secret government satellite launched in 1967. It was part of a much larger project to capture radar emissions from the Soviet Union. This particular satellite also contained an experiment to explore ways to stabilise satellites using gravity.

Weighing in at 83kg, it is much smaller than IRAS, but it has a very unusual and unfortunate shape. It has an 18m protruding arm with a weight on the end, thus making it a much larger target.

Almost 24 hours later, LeoLabs tweeted again. It downgraded the chance of a collision to 1 in 1,000, and revised the predicted passing distance between the satellites to 13-87m. Although still closer than usual, this was a decidedly smaller risk. But less than 15 hours after that, the company tweeted yet again, raising the probability of collision back to 1 in 100, and then to a very alarming 1 in 20 after learning about the shape of GGSE-4.

The good news is that the two satellites appear to have missed one another. Although there were a handful of eyewitness accounts of the IRAS satellite appearing to pass unharmed through the predicted point of impact, it can still take a few hours for scientists to confirm that a collision did not take place. LeoLabs has since confirmed it has not detected any new space debris.

But why did the predictions change so dramatically and so often? What happened?

The real problem is that we don’t really know precisely where these satellites are. That requires us to be extremely conservative, especially given the cost and importance of most active satellites, and the dramatic consequences of high-speed collisions.

The tracking of objects in space is often called Space Situational Awareness, and it is a very difficult task. One of the best methods is radar, which is expensive to build and operate. Visual observation with telescopes is much cheaper but comes with other complications, such as weather and lots of moving parts that can break down.

Another difficulty is that our models for predicting satellites’ orbits don’t work well in lower orbits, where drag from Earth’s atmosphere can become a factor.

There is yet another problem. Whereas it is in the best interest of commercial satellites for everyone to know exactly where they are, this is not the case for military and spy satellites. Defence organisations do not share the full list of objects they are tracking.

This potential collision involved an ancient spy satellite from 1967. It is at least one that we can see. Given the difficulty of just tracking the satellites that we know about, how will we avoid satellites that are trying their hardest not to be seen?

Read more: Trash or treasure? A lot of space debris is junk, but some is precious heritage

In fact, much research has gone into building stealth satellites that are invisible from Earth. Even commercial industry is considering making satellites that are harder to see, partly in response to astronomers’ own concerns about objects blotting out their view of the heavens. SpaceX is considering building “dark satellites” the reflect less light into telescopes on Earth, which will only make them harder to track.

What should we do?

The solution starts with developing better ways to track satellites and space debris. Removing the junk is an important next step, but we can only do that if we know exactly where it is.

Western Sydney University is developing biology-inspired cameras that can see satellites during the day, allowing them to work when other telescopes cannot. These sensors can also see satellites when they move in front of bright objects like the Moon.

There is also no clear international space law or policy, but a strong need for one. Unfortunately, such laws will be impossible to enforce if we cannot do a better job of figuring out what is happening in orbit around our planet. 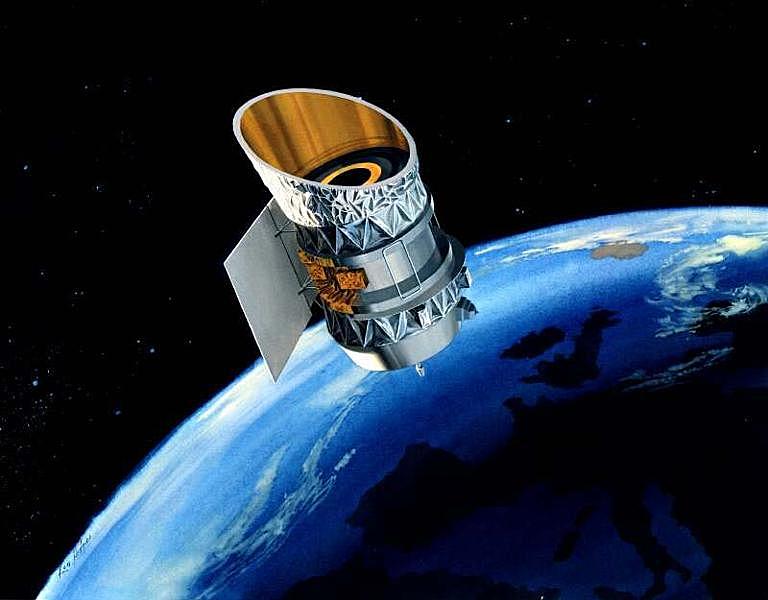 Forbes
One subscription that gives you access to news from hundreds of sites
Two satellites hurtling across sky at 33,000mph in close collision over Pittsburgh

Decommissioned spacecraft do not collide, sparing threat of thousands of new pieces of space debris

Two defunct satellites are at risk of colliding in orbit, potentially creating thousands of new pieces of space debris if…

Forbes
Two Dead Satellites Could Collide Above The U.S. This Week

Two decades-old dead satellites have a small chance of colliding in low-earth orbit above the United States on Wednesday, according…

The problem is going to get a lot worse before it gets better, and the decision is all up to…