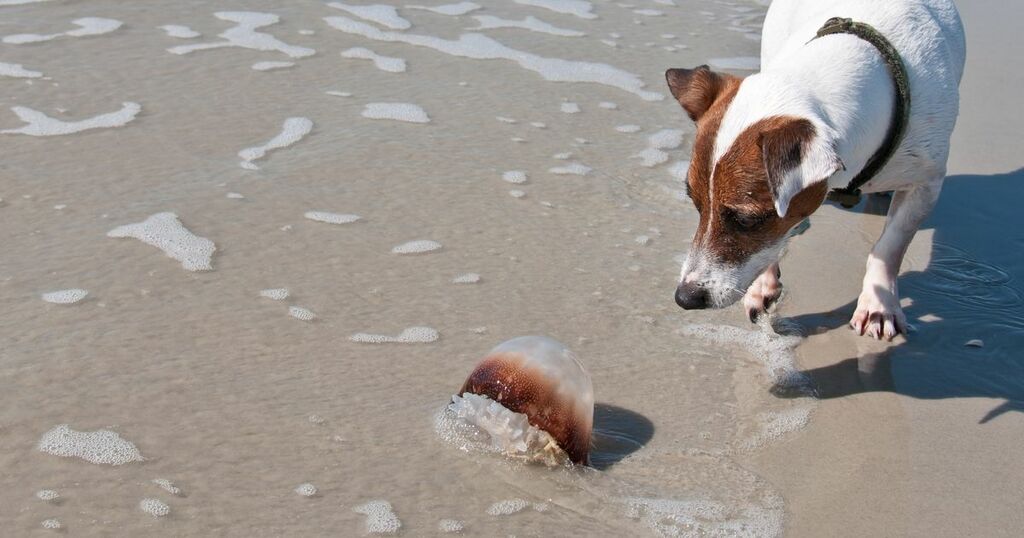 A dog owner was left fearing for her pups after they were violently sick and struggling to breath after licking a jellyfish at the beach.

The incident, which happened in Seaburn, is one of many according to VetsNow, with them seeing cases across the country of dogs needing treatment for jellyfish stings.

Although jellyfish can be seen throughout the year, they are particularly common during late summer and early autumn.

Fortunately, the two dogs in Seaburn are now on the mend although the owner took to Facebook to warn other local dog owners about the dangers of jellyfish.

Sharing her experience, the post read: "People with dogs, I was down Seaburn this morning with my two pups when they saw this huge jellyfish and licked it. I chased them away from it but it had already stung them both.

"Immediately after both dogs were projectile vomiting and couldn’t breath and constantly licking ground or air. The drive to the vets was horrific both dogs were sick everywhere about 10 times each.

"They are now on oxygen and having medication.

"Please be careful there were plenty dogs down the beach and I dread the thought of this happening to any other dog."

Although many of the jellyfish found washed up on the beach are usually dead, they still have the ability to sting for several weeks. This can be particularly harmful to dogs and could lead to vomiting, retching, swelling, pain, overheating and difficulty breathing.

Laura Playforth, Vets Now’s professional standards director, advised that owners get their dogs to the vet as soon as possible following a sting.

She said: “It’s no secret that dogs like to explore, however, it’s important to keep a close eye on them if there’s likely to be jellyfish. Often lurking in shallow water or washed up on the beach, they can cause a very nasty sting.

“If your dog is stung by a jellyfish, pull the remaining tentacles off with a stick or towel but never rub them and be careful not to touch them with your hands.

“Never rub the injured area on your dog with sand and always clean it with sea water rather than fresh water.

“If you suspect your dog has been stung you should contact your vet or, out of hours, your nearest Vets Now pet emergency clinic or 24/7 hospital straight away.”

It's unlikely that a dog will die from a jellyfish sting but they can cause a nasty injury. The best thing to do if you suspect your dog has been stung is get them seen by a vet.