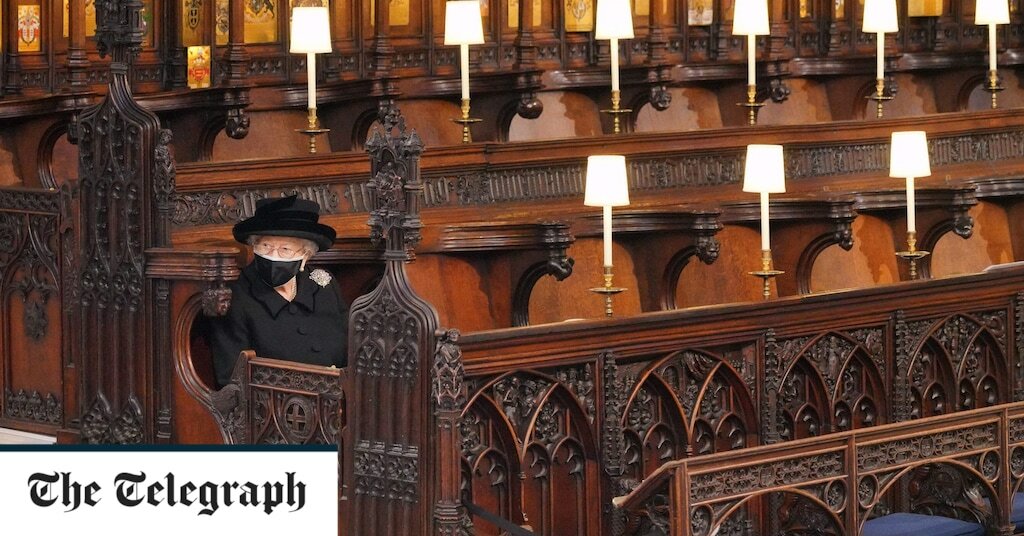 On the evening of Friday April 16 2021, Britain was in a period of public mourning. Union flags on Government buildings across Westminster hung at half mast to mark the passing of Prince Philip, Queen Elizabeth II's husband, the previous week.

With the country in step two of a strict lockdown roadmap, which barred indoor mixing, mourners were told not to leave flowers due to the Covid threat. A book of condolence was set up online to “reduce the risk of transmission” from physical signings.

In a private chapel in Windsor Castle the Prince’s coffin lay overnight. The next day the Queen, her face covered by a black mask, would say farewell to her husband of 73 years. With social distancing rules in force, she sat alone.

The atmosphere in Downing Street that Friday evening, however, was quite different. Advisers and civil servants gathered after work for two separate events to mark the departure of two colleagues.

One was James Slack, Mr Johnson’s director of communications. He had served two Tory prime ministers, a rare carry-over from the Theresa May days, but was leaving after four years to become deputy editor at The Sun newspaper. The other was one of Mr Johnson’s personal photographers.

Eye-witnesses have talked to The Telegraph about what happened. It is alleged that excessive alcohol was drunk, while at points, guests danced. The gatherings stretched late into the night - well beyond midnight, according to one source.

They were, according to one who was there, undeniably parties.

The revelation of the gatherings at the heart of the Government the night before the Duke's funeral is problematic, not just because of the context of public grief, but because of the clearly defined Covid restrictions then in place.

The Government’s own guidance read: “You must not socialise indoors except with your household or support bubble. You can meet outdoors, including in gardens, in groups of six people or two households.”

Any defence will likely rely on the argument that the gatherings were for work rather than socialising - a claim that is now being scrutinised by Sue Gray, the civil servant looking into an ever-expanding list of lockdown-breaking party claims.

Boris Johnson was not in Downing Street that day, according to a No 10 spokesman. He had departed for Chequers, the Prime Minister’s country house, on Thursday evening and stayed there through to Saturday.

According to those in Downing Street that evening, the two gatherings were firstly held in different parts of the complex, before joining together as the night wore on. Around 30 people attended both gatherings combined, according to one present.

Mr Slack finished work for the last time in Downing Street, stood and thanked a group of press advisers and aides in a farewell speech. Some had worked with him for years through a tumultuous period in Downing Street - not least on trying to deliver Brexit. Some colleagues joined the celebration via video links.

Alcohol was opened up - as it often was on Friday evenings in No 10 over the preceding year, according to multiple government sources - and eventually the group migrated out to the Downing Street garden.

The second gathering for the departing photographer - attended mainly by younger members of staff - spent much of the evening in the No 10 basement. The room beneath the main suite of offices on the ground floor had limited ventilation - the type of environment scientists say increases the risk of spreading coronavirus.

Someone was sent to the Co-op on the Strand, a busy street nearby, with a suitcase which was then filled with bottles of wine and brought back to Downing Street, according to one person at the gathering that night.

In the basement, there is said to have been a party atmosphere. A laptop had been placed on a photocopier and music was blaring out.

Shelley Williams-Walker, Mr Johnson's head of operations, was in charge of the music at points, according to one eye-witness.

The claim was on Thursday put to Downing Street, where Ms Williams-Walker still works. No denial has been issued.

She was jokingly nicknamed “DJ SWW”, a reference to her initials, according to one present that night.

As the evening wore on, the alcohol still flowing, those celebrating the photographer’s departure headed to the Downing Street garden.

'Too much wine spilling on No 10's basement carpet'

One present said there was a fear that too much wine was spilling on the basement carpet as they danced. They are said to have relocated at around midnight.

In the garden, the two groups marking the departure of Mr Slack and the photographer are said to have merged.

The drinking and chatting allegedly carried on into the early hours of the morning. One Downing Street figure had a go on a child's swing belonging to Wilf Johnson, the Prime Minister's son, according to one eyewitness, and broke it.

The gathering is the first allegation of lockdown-breaking in Downing Street in 2021 to have emerged, marking a new front in the row engulfing the Prime Minister. Previous party allegations date from 2020.

In 2021, the country faced some form of restrictions for seven months, starting with a full lockdown in January and ending with a lifting of almost all Covid rules in July.

On Apr 16, England was in the second step of Mr Johnson’s four-stage “road map” out of full lockdown. Mixing indoors was barred except for within one household. Outdoors people could only meet in groups of six, or two households.

In a sign that some in the Downing Street building understood the importance of sticking to the rules, one senior figure there at the time told The Telegraph they had cautioned against holding a leaving do for Mr Slack. The advice ultimately was not taken.

A No 10 spokesperson said of Mr Slack’s farewell event: “On this individual’s last day he gave a farewell speech to thank each team for the work they had done to support him, both those who had to be in the office for work and on a screen for those working from home.”

Hours after the drinking ended in No 10, Her Majesty and members of the Royal Family gathered in St George’s Chapel for the Duke’s funeral.

Only 30 mourners were allowed to attend because of Covid restrictions. The Prime Minister decided not to attend so that more family members could do so.

A photograph of Mr Johnson dressed in black outside of Chequers, arms by his side during a minute’s silence, was posted on his official Twitter account.

As the Duke’s coffin lowered into the vault at St George's chapel, those present bowed their heads. They were spread out across the pews, two metres apart.