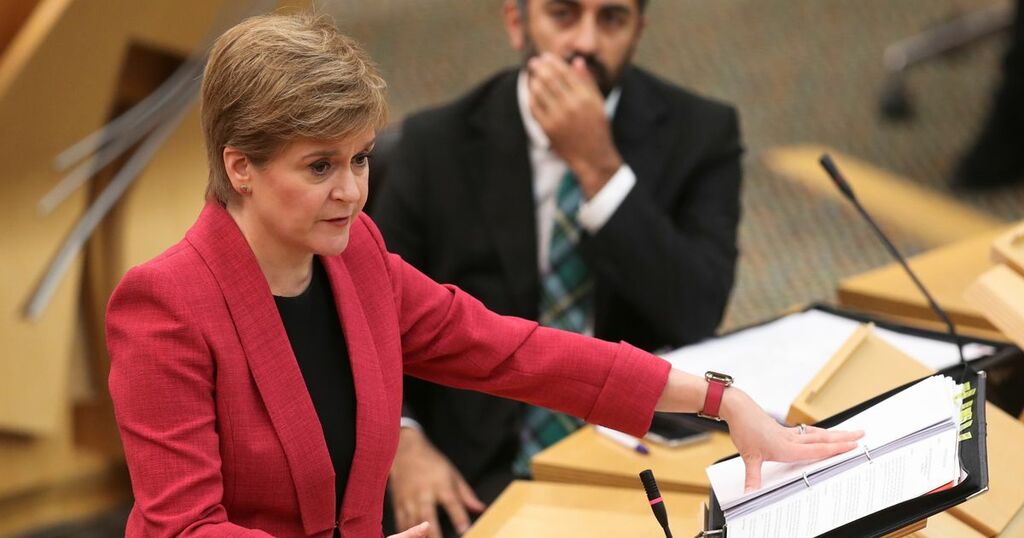 Two people have died of Covid-19 in Renfrewshire as the spread of virus in the region appears to be slowing.

The fatalities took place in the week to September 5 and bring the tragic death toll for Renfrewshire to a staggering 538.

It is the fourth consecutive week in which deaths have been recorded in the local authority area.

In total 196 Renfrewshire residents have died of Covid-19 this year so far.

The news comes as new data from the National Records of Scotland has revealed that the spread of covid locally appears to be slowing.

The region is currently recording an infection rate of 1,060 cases per 100,000 of population, down from 1,128 on the same time the previous week.

A record-breaking 362 daily cases were recorded in Renfrewshire on September 1.

But since then the daily figure of people returning positive test results has consistently fallen, with 190 recorded on Tuesday.

First Minister Nicola Sturgeon revealed this week that a similar pattern is being identified across Scotland.

She said: “These figures show clearly that we are still experiencing a surge in cases and indeed a very high level of infection within the population.

“However, the latest data also gives us some early, albeit tentative at this stage, indication that the rate of increase may now be slowing down.

“That can be seen from an analysis of the last three weeks of case numbers.”

Ms Sturgeon said that figures indicate that the additional measures she urged the country to take around social distancing, hand hygiene and limiting interactions eith others appears to be working.

But she warned hospital admissions as a result of Covid-19 are rising.

A total of 883 people have been admitted to hospital for treatment of Covid-19, an increase of nearly 50 per cent in the past week.

The number of people in intensive care has also risen from 34 on August 20 to 82 on September 7.

Ms Sturgeon added: “The inescapable fact remains - if we don’t see the rate of increase slow further and then fall, many more people will become seriously ill. And, sadly, some of them will die.

The Express revealed last week how most elective surgeries at Paisley’s Royal Alexandra Hospital have been cancelled amid mounting pressures.

NHS Greater Glasgow and Clyde confirmed that increased demand for health care, together with the continuing impact of the pandemic, means operations - such as hip and knee replacements - at the Paisley hospital must be scaled back.

Only urgent operations, cancer treatments and diagnostic procedures will be carried out until the situation improves.