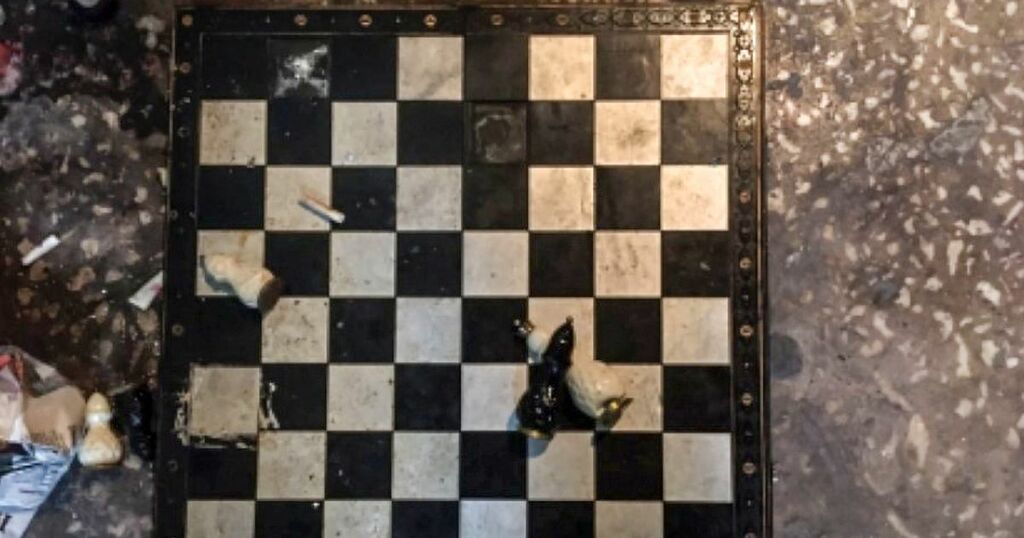 A neighbourhood chess battle descended into violence when a man watching the game claimed a player was looking at his girlfriend - and he stabbed him to death before killing his opponent who tried to intervene.

A small crowd were watching the game in Krasnoyarsk, Siberia, when it turned into a bloodbath.

Police arrived to find one of the players, aged 34, inside the building dead while the second, also 34, was lying in the entrance to the property.

He was taken to hospital where he also died.

A picture of the chess board and the pieces scattered was also taken at the scene.

An investigation by Russian authorities said: "Two men were visiting their friends in the apartment of one of the houses on Volzhskaya Street in the city of Krasnoyarsk.

"The men went out into the entrance of the house and settled down on the staircase to play chess."

A small number of people gathered to watch the game including the accused and his partner, who lived in the same property, it is reported.

The statement continued: "During the next game of the set, a conflict arose between the accused and one of the men due to the fact that the man showed attention to his partner.

"As a result of the quarrel, the attacker took a knife and in turn inflicted fatal knife wounds on the victims.

"One of the victims died at the scene, the other in the hospital, despite the medical assistance provided."

The alleged killer, who was not named but is reportedly 29, has been arrested and charged with murdering two people.

He has been remanded in custody as the investigation continues.