Twitter reacts to Eagles RB Miles Sanders getting 1 carry in the first half vs. Bucs 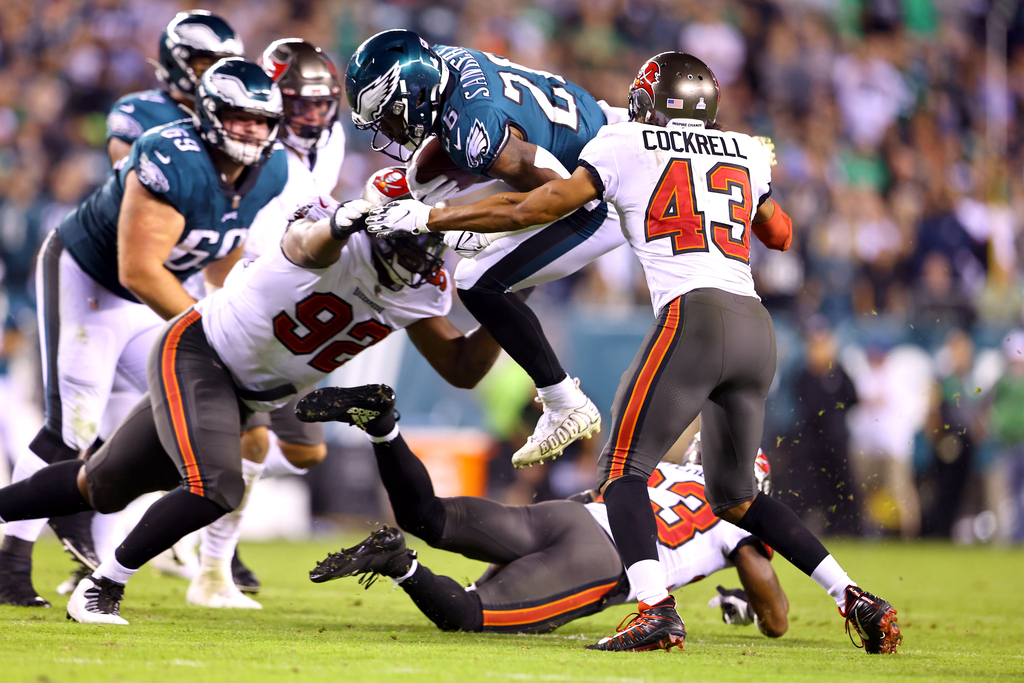 Miles Sanders is one of the top young running backs in the NFL, but if he’s underused and not properly utilized in an offense, then his value is all for naught.

Through one half of action in Philadelphia, Sanders had one total carry against the Buccaneers, as head coach and play-caller Nick Sirianni, chose to call 15 passing plays, along with Jalen Hurts having almost 10 rushing attempts as he works to carry the load against the Buccaneers stout defense.

The Bucs have the NFL’s best-run defense, but that still didn’t stop the hot takes and Monday Morning Quarterbacking.

Social media was ablaze on Thursday night, and the Twitter reactions were priceless.