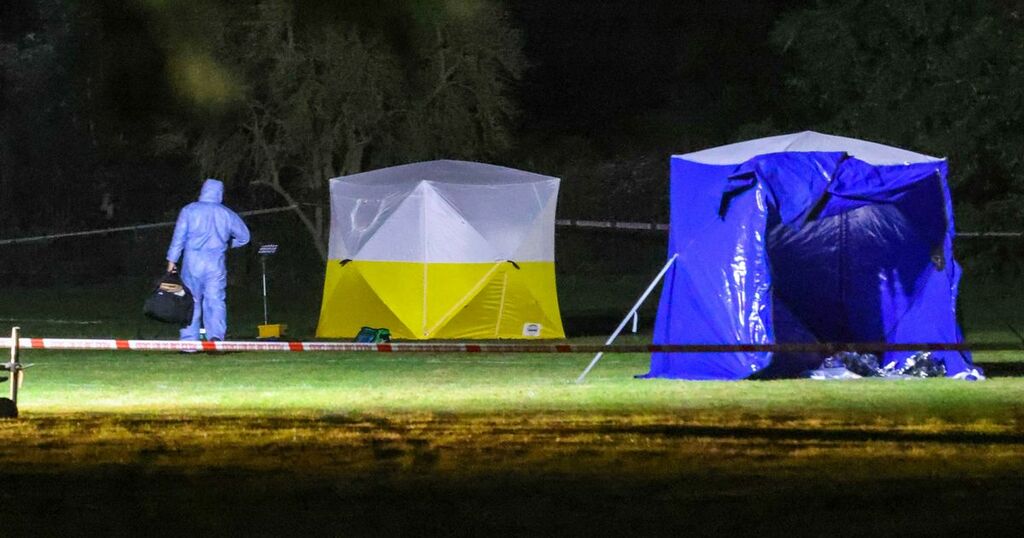 A teenage male was stabbed to death on a football pitch in broad daylight, say police.

The victim, believed to be in his late teens, was knifed at the Craneford Way Playing Fields in Twickenham, south-west London, on Tuesday afternoon.

Met Police officers and paramedics from the London Ambulance Service (LAS) were called to reports of a stabbing at 4.45pm.

Paramedics rushed the injured teen to an outer London hospital, where he was pronounced dead shortly before 6pm.

Enquiries were underway to notify the teen's next of kin, said police.

Have you been affected by the incident? Email webnews@mirror.co.uk.

No-one has been arrested, the force added.

Police were planning to deploy "reassurance patrols" to the area.

Forensics officers were seen carrying out an investigation on the football pitch after nightfall, with a number of tens set up at the scene.

The playing fields are overlooked by houses in the leafy suburb.

Responding to a tweet from a local resident, Chief Superintendent Elisabeth Chapple, responsible for local policing in south-west London, confirmed there would be an increased presence in the area.

She wrote: "Yes, as well as investigating the specific incident, we will have reassurance patrols in the area.

"I will ask the neighbourhood team to be in touch and share more information tomorrow."

Anyone who witnessed the incident or has footage is asked to call police on 101 or Tweet @MetCC quoting 5697/12OCT.