Twenty years after 9/11: Inside the 10 September Guardian Weekly 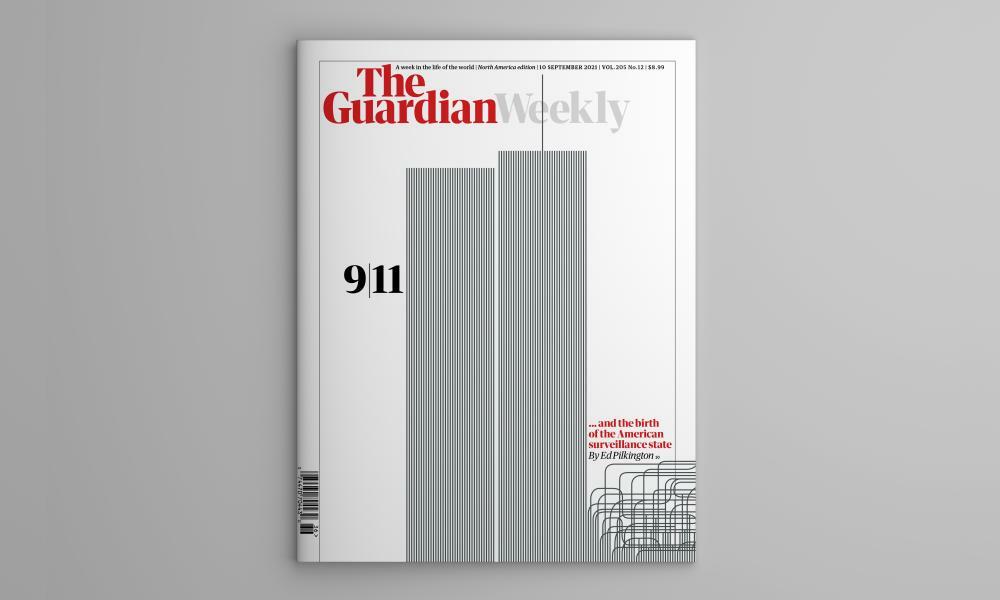 As the 20th anniversary of 9/11 passes this week, there are many reasons to reflect on the indelible scar the attacks on America left on the world. On page 10, Ed Pilkington recounts how 9/11 led to a huge rise in the powers of the US state, with the recollections of Edward Snowden, the whistleblower who lifted the lid on the Pentagon’s mass covert data surveillance programme.

On page 14, Tim Adams reflects on the world before the attacks. Then, in Opinion, Jonathan Freedland considers the now-discredited wars in Iraq and Afghanistan that came after 9/11, and how their subsequent failure heralds the end of the era of liberal interventionism.

In Afghanistan, fear and apprehension is widespread over how the Taliban will govern the country. Our correspondent Emma Graham-Harrison has made it into Kabul and has filed two heartbreaking reports on how women and musicians are facing up to the near-certainty of severe new restrictions on their lives.

Draconian new abortion laws passed in the state of Texas last week highlighted the political and judicial depth of conservatism in the US. In our spotlight pages, Jessica Glenza finds anger on the streets of the state capital, Austin, while in Opinion, Rebecca Solnit flags the danger behind the desperate moves of far-right Republicans.

Two strong women loom large over our feature pages this week. To many, Angelina Jolie is still best-known for her marriage to – and divorce from – Brad Pitt, but activism has always been a driving force for the Hollywood actor as well. She speaks candidly to Simon Hattenstone.

Then, Michaela Coel – the writer and star of the groundbreaking TV series I May Destroy You – talks about her new book on the subject of not fitting in, then answers questions from friends and fans.

Get the magazine delivered to your home.