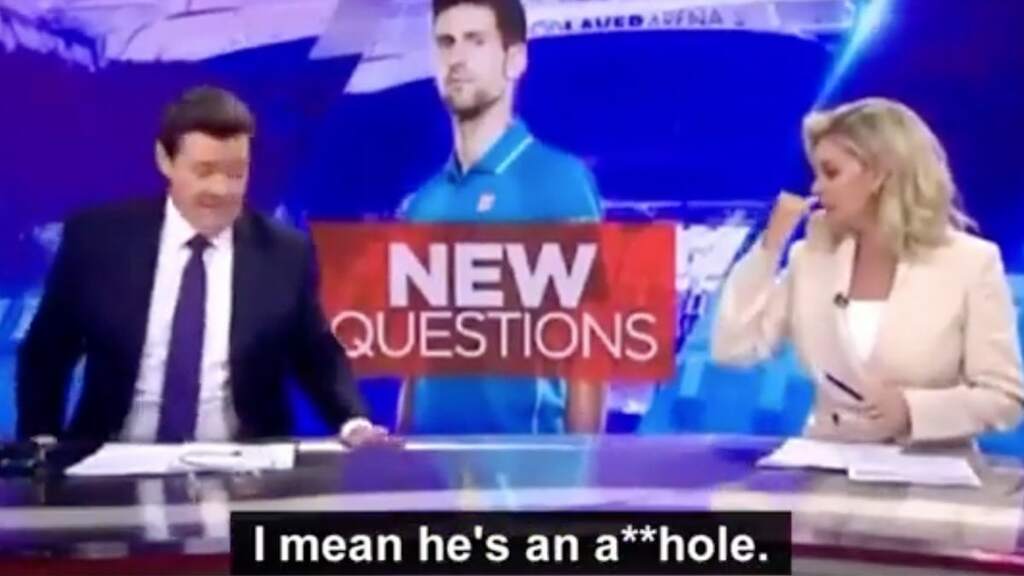 We love a news blooper, don’t we? Of course we do, they’re incredible and remind us that the people on TV are just as human as the rest of us. Our love for the odd hot mic moment is in the numbers this week, because 7News saw a spike ratings as people tuned in the night after anchors Rebecca Maddern and Mike Amor were accidentally heard giving Novak Djokovic an absolute serve.

According to 7News ratings, Wednesday night’s evening news bulletin spiked by around 40,000 viewers (up to 301k), compared to the ratings from the night before when the hot mic moment went down.

What happened in the 24 hours between shows? Well, the footage of the two news anchors agreeing that Djokovic is a “lying, sneaky arsehole” leaked and spread like wildfire online. It wasn’t even a little oops moment — they went in on the tennis world number one, saying that he had a “bullshit fucken excuse and then fell over his own fucken lies”. An incredible watch from start to finish.

Hell, it even made it to American late-night TV, with Jimmy Kimmel picking it up for a bit on Jimmy Kimmel Live this week. That’s how you know you’ve made it.

Clearly, a bunch of us tuned in to see if anything would be said about it, or if someone would go in on the embattled tennis star again. A whole 40,000-odd people beaming the 6pm news into their homes to see what they’d say next.

Per The Daily Telegraph, the Seven Network investigated the leaked footage, and determined that it was a TV captioning service that likely made the video public.

The network is apparently still considering reporting the video to police after Seven’s Director of News and Public Affairs Craig McPherson described it as an “illegal recording” and an “underhanded, cowardly act in breach of the Victorian Listening Devices legislation” in a statement on Wednesday.

The post Turns Out 7News Got A Tidy Ratings Boost After Anchors Called Djokovic An Arsehole On Hot Mics appeared first on Pedestrian TV.