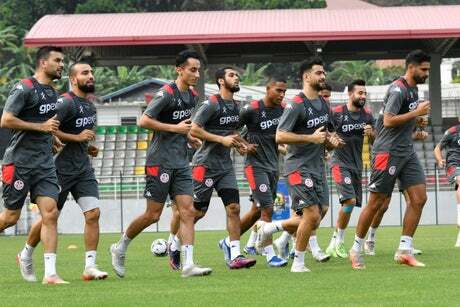 Tunisia and Mali clash in Limbe on Wednesday as Group F begins at the Africa Cup of Nations.

These two teams are the strong favourites to reach the last 16 from a group that also contains second-time qualifiers Mauritania and tournament debutants The Gambia.

Tunisia - qualifiers for four of the last six World Cups - claimed their only AFCON title to date on home soil back in 2004, reaching the quarter-finals five times since and finishing in fourth place in Egypt in the summer of 2019.

Mondher Kebaier’s defensive side recently lost to Algeria in the Arab Cup final in Doha and the Carthage Eagles will be looking to get off to a strong start in a tough game against Mali.

Mali are appearing at AFCON for the 12th time and have runners-up, third and fourth-place finishes to their name, with their superb form giving cause for real optimism that they could win a first title this time around.

Mohamed Magassouba’s men were excellent (and unbeaten, conceding only one goal) en route to the World Cup play-offs, while they also came top of their AFCON qualifying group.

Tunisia vs Mali is scheduled for a 1pm GMT kick-off on Wednesday January 12, 2022.

Where to watch Tunisia vs Mali

TV channel: In the UK, Tunisia vs Mali will be broadcast live on Sky Sports Premier League and Sky Sports Football.

Live stream: Sky Sports subscribers will also be able to watch the match online via the Sky Go app.

Tunisia are captained by former Sunderland forward Wahbi Khazri, who now plies his trade in France with Saint-Etienne, while there is plenty of excitement surrounding Manchester United youngster Hannibal Mejbri.

Midfielder Ellyes Skhiri is expected to be fit to face Mali after an injury suffered on club duty with Cologne.

Mali don’t appear to have any new injury concerns ahead of Wednesday’s opener.

Their midfield is marshalled by Brighton star Yves Bissouma after a three-year international absence, while Magassouba can also call upon the likes of Southampton winger Moussa Djenepo and RB Leipzig duo Mohamed Camara and Amadou Haidara.

Norway-based striker Ibrahima Kone is just 22 and has eight goals in his first six senior caps.

The presence of Mauritania and Gambia means this opener is likely to be hugely important in terms of who tops Group F.

Goals have been at a premium at this tournament so far after a lively opener between Cameroon and Burkina Faso, and we expect another tight tussle here between two teams with ambitions of making a real statement this month.

We’ll opt for a cagey draw.