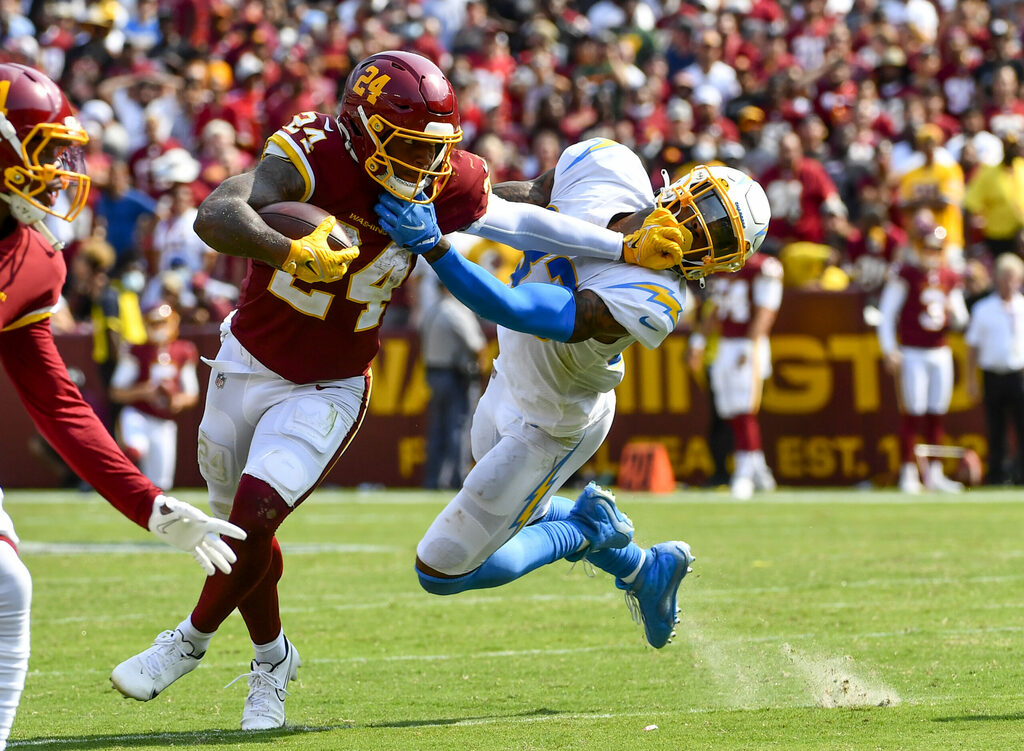 The Washington Football Team was back on the practice field on Tuesday as they prepare for a Week 2  meeting with the New York Giants on Thursday night.

Washington, which lost its Week 1 game against the Los Angeles Chargers, faces a New York team also coming off a loss in the first game.

With just two more days until the game, here’s a look at Tuesday’s injury report for both teams.

Two big names on this list for the Giants. First, you have tight end Evan Engram. Engram missed the first game with a calf injury, and it’s difficult to see him playing after missing practice just two days before the game.

Star running back Saquon Barkley is on this list as he works his way back from knee surgery. He will play. It’s more about managing his load early in the season. He had 11 touches in Week 1.

Gibson was back on the practice field for Washington on Tuesday. That’s a good sign for his availability on Thursday night.