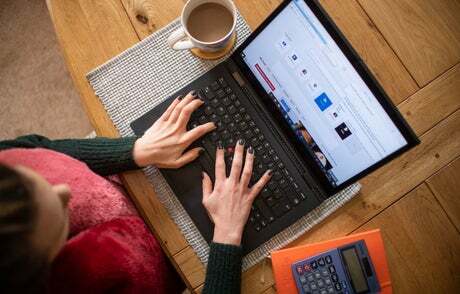 The founder of online reviews giant Trustpilot has said the site is seeing companies shift away from engineering perfect online profiles and towards portraying transparency to customers.

Peter Mulhmann launched Trustpilot from his parents’ garage in Denmark as a side-project to his main e commerce start-up.

The tech firm has since become one of the world’s biggest platforms for online ratings of businesses and products, with a market cap of £1.7 billion and bases in London, Copenhagen and Edinburgh.

In March it listed in London in a £1.08 billion IPO, raising £473 million for the company.

Mulhmann said: “Previously a business had this mindset that to appear perfect online was the most important thing. They thought you needed to hire marketing agencies or put up fake reviews to have a perfect appearance.

“We are now seeing a new way to appear perfect is to be transparent... Inviting customers to tell you how you’re doing in your business – people buy into that. It’s human imperfection with noble ideology.”

CFO Hanno Damm said the company is currently investing into growth rather than chasing profits.

Mulhmann said: “We are encouraged by the progress we have made in the first half of the year and the board remains confident in the strategy and outlook for the business.

“We will continue to focus on driving adoption of the Trustpilot platform by consumers and businesses and believe we can deliver sustainable revenue growth and margin expansion over the long-term.”

The IPO triggered a big payday for the European venture capital companies behind it for years, including Draper Esprit, Index Ventures, Northzone and Seed Capital, which had 67% of the company.