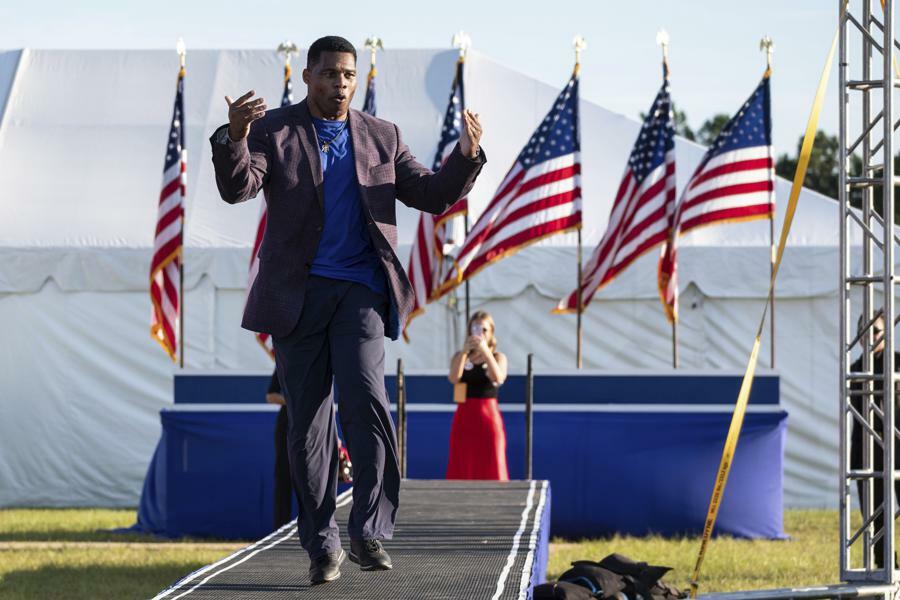 Controversial ex-football star Herschel Walker has raised nearly $4 million in contributions for his Trump-endorsed Senate campaign in Georgia, where he has emerged as the GOP front-runner vying to unseat Democrat Raphael Warnock in next year’s critical midterm elections when the GOP hopes to win back that seat (and the Senate), which they barely lost in a special election in January.

The Walker campaign announced Monday that it made $3.7 million from almost 50,000 donors across the country in the five weeks since launching, The Atlanta Journal-Constitution reported—the biggest fundraising haul reported this election cycle among the race’s GOP contenders.

According to the Journal-Constitution, he’s trailed by Republican rivals Latham Saddler (a former Navy SEAL who raised $1.4 million as of July), Gary Black (the state’s commissioner of agriculture, with about $700,000) and Kelvin King (an Air Force veteran with $370,000).

They’re all running to unseat Warnock, a pastor with over $10.5 million in the bank who won a special election in January to take over the remaining two years in Republican Sen. Johnny Isakson’s term.

Walker, known for his career in the NFL and for winning the Heisman Trophy as a running back for the University of Georgia in 1982, is a strong supporter of former President Trump, who urged him to run and has backed his candidacy.

His campaign has been met with concern by some in the GOP in part because of what the Associated Press termed a “turbulent” past and “unpredictable behavior”—including allegations he threatened his ex-wife and exaggerated his success as a businessman—as well as his lack of experience as a candidate.

Walker’s bare-bones campaign website does not include details on his policies. He and Trump have been friends for nearly 40 years, and Walker was among those to spread false claims of voter fraud in the 2020 election, which Trump lost. While the ex-president’s backing may help, Republicans (including Senator Minority Leader Mitch McConnell) have privately expressed their serious doubts about his viability as a candidate in recent months. Among their concerns is the fact that Walker has never run for office, has lived in Texas for decade, and was accused of violent and controlling behavior by ex-wife Cindy Grossman, according to the AP report. But McConnell has since softened his stance, praising Walker’s recent television appearances and saying that “there’s every indication he’s going to be a good candidate.”

Walker’s son Christian has also made a name for himself as a conservative activist, describing himself on Instagram as a “free-speech radicalist” who was suspended from TikTok and whose views, according to a profile in New York, include ​​claiming that “‘illegals’ don’t belong here and that white supremacy is a liberal fantasy created on college campuses.” He’s also begun to appear on Fox News, where he stands out, New York notes, as “a gay Black man in Cartier and Gucci who also happens to be a two-time world-champion competitive cheerleader with a six-pack and perfectly plucked eyebrows.”

“Herschel Walker off to $3.7M fundraising start in 2022 Senate race” (The Atlanta Journal-Constitution)