Trips to Israel as bookends to Merkel’s tenure 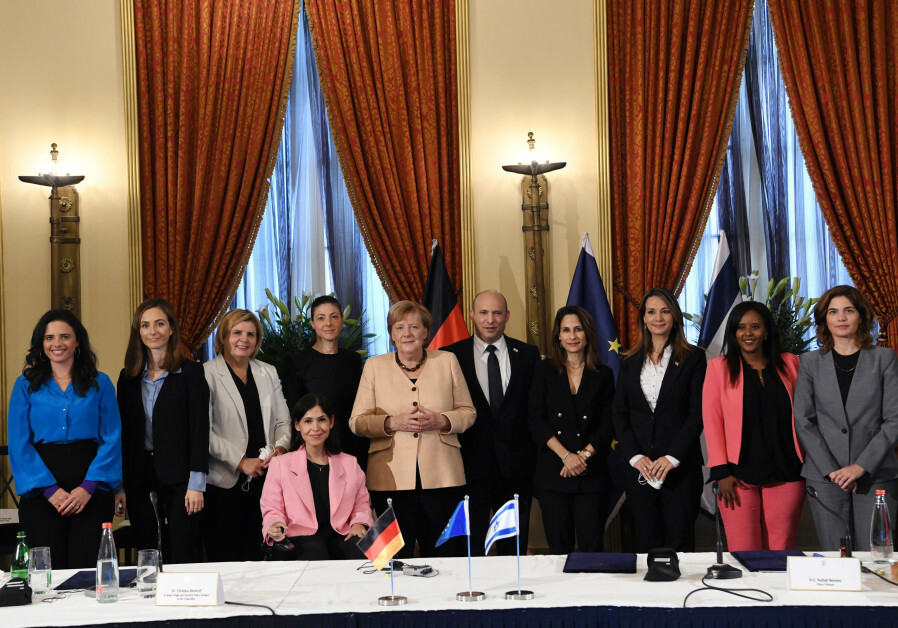 German Chancellor Angela Merkel, who arrived on Saturday for a farewell visit, made trips to Israel among the first and the last of her long tenure.

And it is not by accident that visits to Israel will serve as bookends to her term in office: Both trips gave tangible expression to the importance she attributes to Berlin’s ties with Jerusalem.

Merkel’s first visit as Germany’s leader came in January 2006, almost 16 years ago, four months after her Christian Democratic Union squeaked out a victory and just two months after she was sworn in as chancellor.

Israel was Merkel’s first destination outside of Europe and the US. She went ahead with the planned meeting, even though then-prime minister Ariel Sharon was felled by a second stroke and was being replaced by an acting prime minister, Ehud Olmert. It was Olmert’s first meeting with a world leader in his new role.

“I have come here on my first visit, a get-acquainted visit, because I wanted to emphasize how important the State of Israel is to me,” Merkel said at the time.

That is one side of the bookends.

The other side is her current visit, one that followed her retirement from politics and a new election in Germany and is a farewell trip made in her capacity as a lame-duck chancellor. The trip itself sends the same message as did her first one: German-Israeli relations are special.

Foreign Minister Yair Lapid – the son of a Holocaust survivor, late justice minister Tommy Lapid – concurred with that message. Not only are the relations special, they are a herald of good, he said.

“If after the most horrible event in the history of mankind we can sit here together – allies, friends, real partners – then there is hope for humankind. There is the possibility that good can conquer evil,” Lapid said to Merkel at a special cabinet meeting she attended.

“I am the grandson of someone who was killed in the gas chambers of the Mauthausen concentration camp and the son of a Holocaust survivor from Budapest, a child of 13 who sat in a cellar and did not understand why the nation of Goethe and Beethoven wanted to kill him,” he said. “I carry with me their memories.”

“But my children will remember this moment” he continued. “Their father was present when the German chancellor was hosted at a cabinet meeting of the State of Israel... a nation that turned the past, as horrible as it might have been, into the impetus for building and for creating, and which is proud to host you because of who you are and what you represent.”

Lapid, who has lambasted Poland for not owning up to its Holocaust past, said that from Merkel’s first day in office she did not base German friendship with Israel on evading the past, but rather on “what we can learn from it and how we can cause hope to sprout from among the ruins.”

“I want to say to you, not only in my name, but the name of my father and my grandfather, thank you for your commitment to us,” he said. “And the Jewish people also thank you.”

In a Knesset debate over the establishment of ties, Herut leader Menachem Begin thundered: “Every German deserves to die... their hands are covered with Jewish blood... Therefore, there is neither absolution nor forgiveness, and no normal relations will ever be possible between us.”

On August 19, 1965, three months after ties were established with West Germany, Bonn’s emissary, Rolf Pauls, arrived in Jerusalem to submit his credentials to the president. Rioting broke out in the streets, and rocks and bottles were thrown at his car.

Fast forward 56 years, and Germany’s chancellor is making it a point to visit the Jewish state before leaving office, and the leaders of that state are hailing her as a tremendous friend.

What is so striking in looking back at that visit, and reading what was said then, is the degree to which the actors may have changed – all, of course, except for Netanyahu. But the issues remain the same: the Palestinians, antisemitism, Iran.

During a press conference alongside Merkel during that visit on the patio of the Prime Minister’s Residence on Balfour Road, Olmert thanked the Germans for their help in getting information about Israeli POWs and MIAs, especially Ron Arad. Sixteen years later, the Germans are still playing a role in trying to secure the release of Israeli MIAs – only the identities of the missing have changed.

Olmert, speaking after their meeting, said he and Merkel spoke about what was happening in the Palestinian Authority, especially in the wake of Hamas’s victory in the elections in Gaza. Sixteen years later, and Hamas’s control of Gaza, as well as the threat it poses to the PA, were among the items Merkel discussed on Sunday with Prime Minister Naftali Bennett.

Olmert also honed in on the issue of antisemitism.

“I would like to note with great satisfaction the commitment that Germany has shown to the struggle against antisemitism,” he said. “Such phenomena have found increasing expression in Europe in recent years. We cannot be indifferent.”

Lapid echoed this on Sunday, 16 years later, saying that Merkel has never “hesitated” in the fight against antisemitism and in her “defense of the Jews in your country.”

And then, of course, there is Iran – an issue that was central in Merkel’s conversations in Jerusalem in 2006 and remained central in her talks with Bennett on Sunday.

“We also discussed the Iranian issue, which is very much disturbing both us and the international community,” Olmert said. “I thank you for Germany’s efforts in struggling against the Iranian nuclear danger. We are dealing with this issue and will continue to do so, and I believe that we will continue working together to remove this danger from our agenda and that of the entire international community.”

That was wishful thinking on Olmert’s part. The Iranian danger, which was real and present when Merkel took over, is – as Bennett stressed in his public comments alongside the German chancellor – even more real and present today.

Merkel came to Israel at the very beginning of her tenure and again at the very end. In the intervening years, the needle has moved very little, if at all, with regards to Iran, the Palestinians and antisemitism. Where it has moved, however, is in regards to the Germany-Israel relationship, which Merkel has significantly deepened.