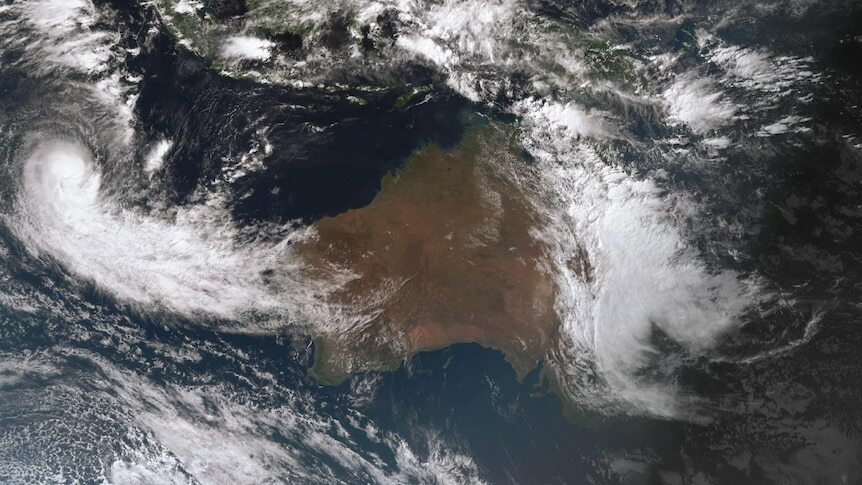 Could this finally be the La Niña's last hurrah as rain spreads south?
As the east coast deals with the latest round of tropical rain after a thoroughly wet season, the big question…

ABC News
Meet The Man Whose Name Is Synonymous With Tornadoes

Cleaner air in the US and Europe is brewing more Atlantic hurricanes, a study has found.

Analysis: Queensland flash floods have cut off communities and killed one woman, swept away in her car

The Guardian - UK
Intense rain to linger over flooded Qld

AAP
Get all your news in one place
Latest Environment news:

How did ancient moa survive the ice age – and what can they teach us about modern climate change?
One species of iconic moa was almost wiped out during the last ice age, according to recently published research. But…

The Conversation
Read news from The Economist, FT, Bloomberg and more, with one subscription
Learn More
Amid the rubble of election defeat, are claims of a dying net zero agenda credible?

Newsroom.co.nz
I am a climate scientist – and this is my plea to our newly elected politicians

The 2022 federal election will go down in history as Australia’s climate change election.

The Conversation
Secrets of California’s skydiving salamanders revealed by researchers

The Guardian - US
From analysis to good news, read the world’s best news in one place
G7 scrambles to keep climate agenda on track as Ukraine war roils energy supplies

On a hot, sunny day, children and adults splashed in the cool run-off of the Yongding River in a park…

A third consecutive Pacific hurricane season influenced by the La Niña weather pattern could make the outlook feel like déjà vu, although AccuWeather forecasters warn that this season won’t be an exact repeat of last year.

With the East Pacific basin’s hurricane season starting on May 15 and the Central Pacific basin season following 16 days later, forecasters are predicting that the conditions presented by the La Niña pattern will keep a lid on the number of major hurricanes that may develop in the two basins, unlike what forecasters are expecting in the Atlantic basin.

The El Niño-Southern Oscillation (ENSO) cycle plays a crucial role in the hurricane season, ushering in warmer waters during El Niño years and promoting colder waters in the Pacific during the La Niña phase. With this season set up as a rare “triple-dip” La Niña, the Southwest and Latin American coastlines can expect to have similar conditions, regarding the Pacific basin hurricane season, as the 2020 and 2021 seasons.

A La Niña pattern for the third year in a row means that this hurricane season will present many similar conditions that last season did, AccuWeather hurricane expert Dan Kottlowski said. “The conditions are very similar, but that doesn’t mean if you got hit last year you’re going to get hit this year. And it also certainly doesn’t mean that if you didn’t get hit last year, you’re not going to get hit this year either,” he added.

“When you have sinking air over this area of the world, that tends to also have a negative impact on not only storms surviving but also storms intensifying as well,” Kottlowski said. “We believe that the air will be in a pattern that will be sinking in the high levels of the atmosphere, and that’s very unfavorable for tropical development and also maintenance of hurricanes.”

Strong vertical wind shear, or the change in wind direction and speed with height, can also work against hurricane development, creating drag in the atmosphere. Alternatively, warm water temperatures serve as the fuel. However, the colder ocean surface temperatures more common during the La Niña pattern could create a more difficult environment for the storms to grow, essentially starving any that begin to form.

But of the three factors, AccuWeather forecasters say, wind shear could make the biggest difference between the two seasons.

The 2021 season had normal levels of wind shear, but AccuWeather forecasters are saying that the wind shear may have a much larger role this season, creating more resistance against new storms forming.

AccuWeather long-range forecasters, led by Kottlowski, are predicting a normal to above-normal hurricane season in the East Pacific, but they say the basin is likely to produce mostly weak storms, and less favorable conditions will make it less likely that major hurricanes will develop.

The 2021 East Pacific Basin churned out 19 named storms, only eight of which organized and strengthened into hurricanes, and the outlook for the 2022 season points toward a close repeat in terms of numbers.

For the 2022 season, AccuWeather forecasters are predicting another 15 to 19 named storms with the possibility of six to eight hurricanes. Two to four major hurricanes could form this season in the basin, but only two storms managed to reach major hurricane force during 2021 — Felicia and Linda. A major hurricane is any storm that reaches Category 3 strength or higher. The threshold for a Category 3 storm is when a tropical system’s maximum sustained winds reach 111 mph.

The normal count of named storms in the basin is about 15, with eight gaining hurricane status and four strengthening into major hurricanes.

The outlook for November hinges on the placement of a high-pressure area that will dominate the weather in the southwestern United States and northwestern Mexico, influencing the strong wind shear in the East Pacific. Should this gradually weaken and move eastward during late summer and fall as it normally does, it could determine whether there is late-season development off the western coast of Mexico or Central America. This happened in 2021 when Tropical Storm Terry and Tropical Storm Sandra formed.

A few past years with La Niña patterns have brought above-normal landfalls over Mexico, similar to 2021 when there were six direct impacts compared to the average of three. This included Tropical Storm Dolores, Hurricane Nora and Hurricane Olaf.

While Dolores was the weakest of the three storms, it claimed the lives of three people, including two whose deaths were blamed on lightning strikes. Hurricane Nora made landfall as a Category 1 hurricane, also killing at least three people and damaging hundreds of homes as heavy rainfall prompted river flooding and landslides. The National Hurricane Center reported that in the state of Jalisco, the local government said at least 500 houses were damaged by overflowing rivers, fallen trees and landslides associated with the rainfall. Not far away, Puerto Vallarta, a popular tourist destination on Mexico’s Pacific coast, was hit particularly hard, with river flooding sweeping away at least three homes.

The Jalisco government also reported one death after heavy rainfall associated with Olaf prompted a landslide along a federal highway leading to the Mexican state’s southern coast, according to local media. The storm had been moving parallel to the coast at the time of the landslide but would later strengthen into a Category 2 hurricane and slam into Baja California Sur.

There were no named tropical cyclones that developed across the Central Pacific during 2021, with only three tropical storms crossing into the basin as they fell apart. Tropical development will continue to be sparse this season, according to AccuWeather forecasters, with two to four named storms predicted. The average number of named storms for the basin is four.

Only one or two are likely to strengthen into hurricanes, and the chance of the basin getting a major hurricane is slim.

“There’s a chance that one of those hurricanes could be a major hurricane, but like we saw last year, the basin is not going to be very favorable for intensification,” Kottlowski said.

The last significant storm to impact Hawaii was Hurricane Douglas in 2020. Although the storm didn’t directly hit the isles, it passed dangerously close to the islands of Oahu and Kauai as a Category 1 hurricane after weakening considerably from Category 4 strength while churning over open waters.

The risk of any direct impact to Hawaii remains low, just as it was last year. However, Kottlowski warned that doesn’t mean there won’t be any impacts from residual moisture as seen from the previous season.

“People should still be prepared for some heavier rainfall or for some gusty winds, even though those storms might be weakening as they move toward the Hawaiian Islands,” he said.

While the risk of direct impact is relatively low this season, Kottlowski stressed the importance of having a plan in place and understanding the threat to your area.

“If it’s storm surge, then obviously you have to consider evacuating the coastal areas and certainly you want to pay close attention to what government officials are telling you,” he said.

Wind is another major factor, and people in areas prone to wind damage should seek out a shelter with their go-bags. The bag should include the basics of water, extra clothing, blankets, a cellphone and auxiliary power for a cellphone, but also insurance papers and proof of residence.

“A lot of people don’t update their insurance year after year,” Kottlowski said. “It’s always wise to do that before the season starts, so that the insurance people can help guide you through [securing your home or business].”

Could this finally be the La Niña's last hurrah as rain spreads south?
As the east coast deals with the latest round of tropical rain after a thoroughly wet season, the big question…

ABC News
Meet The Man Whose Name Is Synonymous With Tornadoes

Cleaner air in the US and Europe is brewing more Atlantic hurricanes, a study has found.

Analysis: Queensland flash floods have cut off communities and killed one woman, swept away in her car

The Guardian - UK
Intense rain to linger over flooded Qld