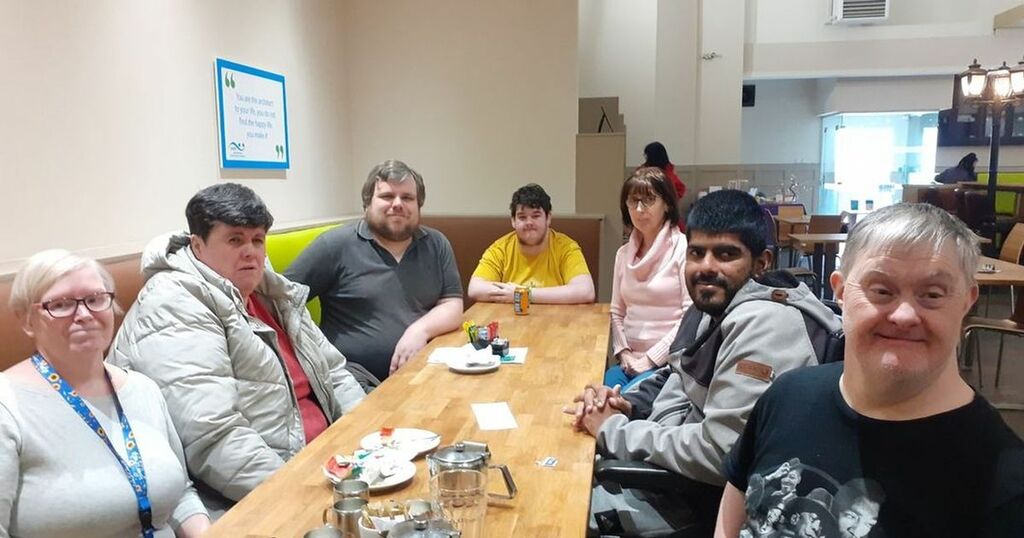 Neighbourhood Networks' Lanarkshire members get ready for party in the park
The charity organisation is holding a 20th birthday celebration this weekend.

The decision to shut down the area's century-old municipal bank was made last year.

Recognition given for the very best of its members' work over the past year.

Daily Record
Wishaw star KB Grant: Boss David has Dunn the business for us in West of Scotland League this season

Tributes have been paid to a popular Boys' Brigade leader who tragically passed away last month.

Stuart Russell died on April 28, which was his 50th birthday.

Mr Russell dedicated his life to the BBs, having joined the 2nd Wishaw company when he was just five years old.

Father to Daniel, 14, and husband to Maureen, he was a proud family man and was always looking out for those close to him.

He was also a huge Motherwell FC fan and was a season ticket holder for most of his life.

After progressing through the Boys' Brigade Stuart became a leader, where his passion for helping young people was put to great use.

He worked with all age groups of boys, helping out whenever and wherever he was needed.

His wife Maureen told Lanarkshire Live: "The Boys Brigade was Stuart's life ever since he joined at five years old.

"He had such a passion for young people and wanted to help them develop and grow in confidence.

"He was so loyal to his company, 2nd Wishaw, and remained there and helped out over the 45 years he was a member.

"He was so proud when our son, Daniel, joined 2nd Wishaw and became a BB member. I remember how happy he was.

"Stuart mainly worked with the Anchor Boys who are the youngest group, but he enjoyed working in the Company Section with the older boys too."

Mr Russell was also a musician and was a member of the Wishaw and District Brigade band, where he was a percussion tutor.

He was in the band for more than 30 years and had seen it go from strength to strength, winning competitions and playing all across the UK.

Bill Taggerty, Stuart's friend and fellow officer at 2nd Wishaw, worked closely with Stuart in the band and spoke very highly of his musicianship and passion for young people.

He said: "Stuart was a key member of the band for nearly four decades, from failed teenage flutist to the rock at the heart of the band.

"Stuart has done all of the heavy lifting for many years and he is quite simply irreplaceable.

"On a personal note, I am lucky to have been able to call Stuart my friend and I know that there is a huge list of people who will say the same.

"Stuart loved the band with a passion and year after year led us and took the salute on many contests, probably more times than anyone else in the band."

He said: "Stuart was a massive part of 2nd Wishaw and was always willing to help us whenever he was needed.

"He made a huge impression on the boys and had a genuine love for helping young people.

"He will be greatly missed at our company, there was no one was quite like him."

Stuart's funeral took place on Tuesday, May 10, and hundreds of people came to pay their final respects.

Maureen added: "It was such a lovely service and was a fitting tribute to Stuart.

"I didn't realise how many people were there until we all met in Wishaw Golf Club afterward.

"So many people had such beautiful tributes to say about him."

Neighbourhood Networks' Lanarkshire members get ready for party in the park
The charity organisation is holding a 20th birthday celebration this weekend.

The decision to shut down the area's century-old municipal bank was made last year.

Recognition given for the very best of its members' work over the past year.

Daily Record
Wishaw star KB Grant: Boss David has Dunn the business for us in West of Scotland League this season